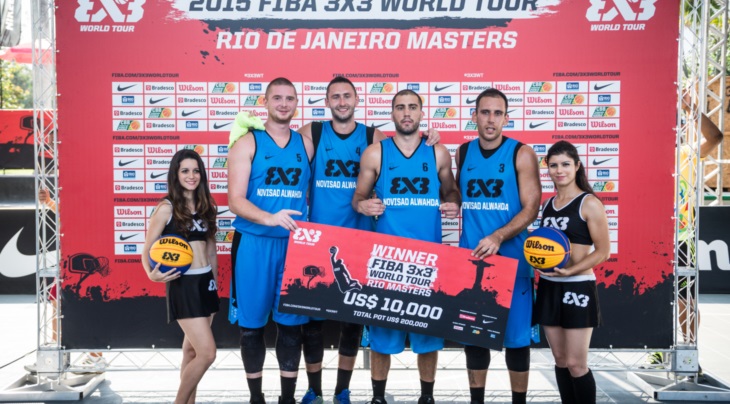 The reigning World Tour champions had already clinched a spot to the Final after winning the first Masters of the season in Manila on 1-2 August 2015 and featured in their fourth World Tour event this year. The victory in Brazil comes after Novi Sad Al Wahda finished 7th in Prague on 8-9 August and 3rd in Beijing on 15-16 August.

The number one 3x3 player in the world Dusan Domovic Bulut was unstoppable in Rio, scoring a tournament-high 46 points, including a memorable between-the-legs playground move and claimed MVP honours. ‘Mr Bullutproof’ topped all scorers in the final with 11 points. His team-mate and Bradesco Shoot-Out Contest winner Dejan Majstorovic added 6.

In the losing effort, Ismar Neto netted 9 points and team-mate Guilherme Rojas had 5. These two together with Fabio Santos will make their second straight appearance at the World Tour Final following their 9th place in Tokyo in 2014.

It was a second win at the World Tour this season as well for Dmitry ‘Smoove’ Krivenko. The Ukrainian professional dunker dominated the Bradesco Dunk Contest following his triumph in Prague last month.