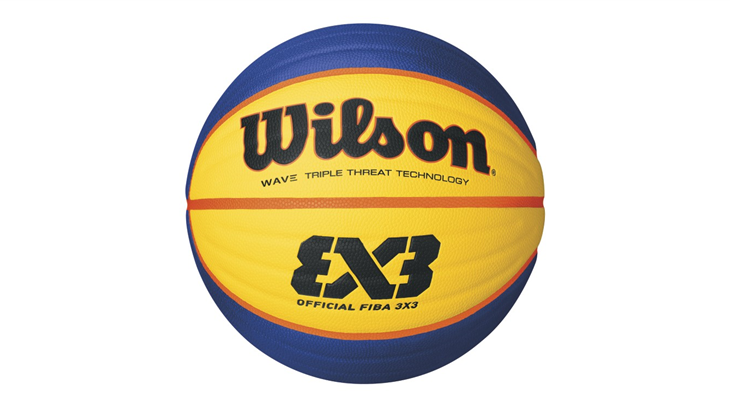 MIES, Switzerland (3x3) - Wilson Sporting Goods Co., and FIBA, the International Basketball Federation, on Thursday announced they have entered into a four-year agreement for FIBA 3x3. As part of the agreement, Wilson will provide the Official Game Ball for all FIBA 3x3 Competitions through 2018.

Wilson will supply FIBA with a new basketball designed and engineered by its Wilson Labs innovation team that responds to the speed of the game and enhances shooting, ball handling and grip for players.

"3x3 is a truly exciting game that is open and accessible to anyone who enjoys basketball. We are excited to extend our expertise and experience in basketball into a discipline being played by millions around the world," said Alan Davenport, Global Commercial Director of Wilson Basketball. "We look forward to combining our technology and FIBA’s leadership to make the game even more dynamic to play and watch."

"Wilson is an ideal partner for us as we look to support the tremendous growth of 3x3 basketball on the international stage and into Olympic contention," said FIBA 3x3 Director Alex Sanchez. "Continually improving the game experience for our players, who live and play all around the world, is important. We want to give them the most advanced technology available so their game can reach new heights. Wilson has an innovative approach that will open a new era in how 3x3 basketball is experienced."

The Wilson Labs innovation team and FIBA 3x3 collaborated to construct a new and state-of-the-art game ball that would enhance player performance on the court. The new Official FIBA 3x3 Game Ball is now the same size as an intermediate basketball, also known as a size 6 basketball. However, it weighs as much as an official game basketball, known as a size 7.

The smaller circumference of the game ball offers improved ball handling for players of any size and at any skill level. The smaller ball is also better suited to the quick pace and fast scoring action of a 3x3 game. The heavier weight of the ball maintains the level of effort a player needs to shoot (as a player would need with a traditional basketball) and is expected to be less affected by the wind, which is a common factor on outdoor courts.

The new Wilson Official FIBA 3x3 Game Ball also features the Company’s patented Wave Triple Threat Technology for superior control. This patented technology places 24 additional channels, or grooves, on the ball which allows for better grip and ball handling on all types of courts and court conditions. Additionally, the ball showcases a vibrant FIBA 3x3 graphic design in bold blue and yellow to reflect the sun and sky - the outdoor conditions in which 3x3 is traditionally played.

Chicago-based Wilson Sporting Goods Co., a subsidiary of Amer Sports Corporation, is the world's leading manufacturer of sports equipment, apparel and accessories. As the official Global Game Ball of FIBA 3x3, Wilson brings 75-years of innovation in basketball to the international street ball stage. The Company uses player insights to develop products that push equipment innovation into new territories and empower athletes at every level to perform at their best. Visit www.wilson.com for more information.