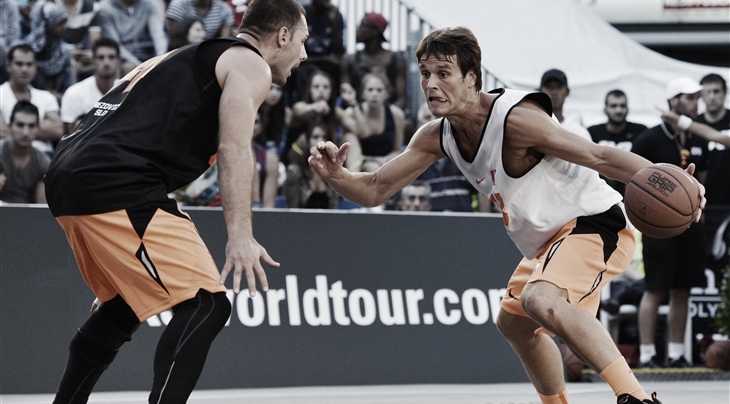 MIES, Switzerland (FIBA 3x3) – The 2015 and 2016 editions of the FIBA 3x3 World Tour Final will take place in the United Arab Emirates (UAE) in Abu Dhabi, FIBA announced on Tuesday.

The 2015 FIBA 3x3 World Tour Final will be staged outdoors at the Corniche, a high-traffic leisure area situated on the shores of the Arab Gulf on 15-16 October.

The event will be organised in cooperation with FIBA by the Abu Dhabi Sports Council together with EXTRA International Sport and Sport Arena, an international promoter who has been one of the pioneers in the development of 3x3.

The FIBA 3x3 World Tour is the pinnacle event of an 'open' network of FIBA-endorsed 3x3 tournaments, which sees teams of four players – regardless of their nationality – representing their city in various events, eventually making their way to the world stage.

It consists of six Masters events, before culminating with the FIBA 3x3 World Tour Final, which was held in Miami in 2012, Istanbul in 2013 and Tokyo in 2014. The overall prize money is 200,000 US dollars on the season. Team Novi Sad (SRB) won the last edition.

The event extends beyond the game with non-stop music and the presence of top streets artists in a genuine urban culture festival, bringing basketball to the people in the heart of the cities against a backdrop of the most iconic cityscapes on the planet.

The full calendar of the FIBA 3x3 World Tour will be announced at a later stage.