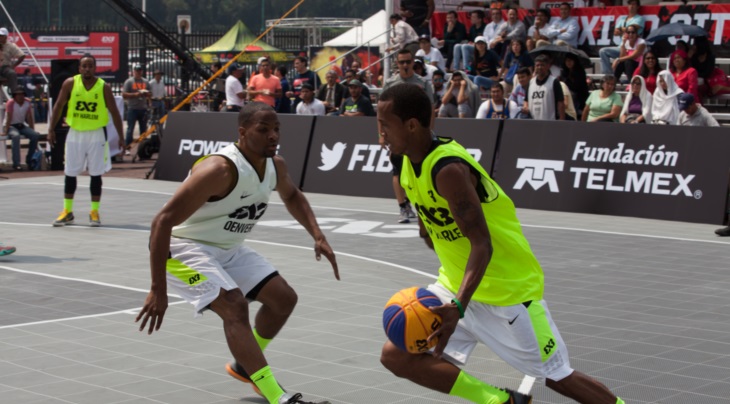 NY Harlem were making their debut at the World Tour but made sure they would not go unnoticed with a series of dazzling plays. Dominique Jones aka ‘Disco Domo’ made Derek Griffin dance in a surprising win against Denver. A few hours later, ‘Super Dave’ David Seagers touched the Mexican sky on a filthy follow-up jam against Mexico UNAM in Pool C.

Pool B belonged to NY Queens who shut down #2 seed Rio Preto (BRA) 18-10 in the second game of the day. Amseshem Foluke-Henderson top scored for his team with 14 points and led NY Queens to a second win against Guatemala (21-11).

The 2014 World Tour runners-up Saskatoon impressed on Day 1 with new addition Nolan Brudehl topping the scoring charts with 22 points in two games (including a statement 18-point performance against Ottawa).

The other Canadian team from Winnipeg surprised on the opening day with two straight wins against San Juan (18-15) and Mexico City (21-16).

The young Guatemala team and the three Mexican squads put the favourites to work but are out after one day.

Mexican fans may be gutted but with eight strong teams battling it out for the two tickets to the Abu Dhabi World Tour Final and a legendary Dunk Contest in the making, they have many a reason to pack the UNAM campus on Thursday.

David Seagers aka ‘Super Dave’ showed some bounce at the Dunk Contest Qualifier, but he will have to bring it to a whole different level to compete with the shortest pro dunker in the world Porter ‘What’s Gravity?!’ Maberry and the crazy athletic Justin ‘JusFly’ Darlington tomorrow at the final.