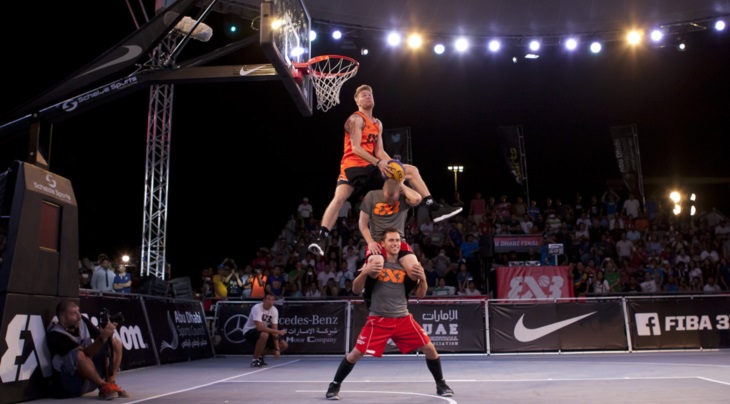 In other words, the 24-year-old won every single edition of the contest. The 1.89m two-legged dunker had previously won the title in Miami (2012), Istanbul (2013) and Tokyo (2014). He faced maybe his toughest opponent in years in Abu Dhabi with social media superstar Jordan 'Mission Impossible' Kilganon (Canada).

Kilganon started strong with this trademark 'scorpion dunk', enhanced with a behind the back twist but missed two dunks at the end of the contest.

Lipek had some of his best dunks of the year jumping over people, with his head nearly touching the rim. The Poznan native added a little showmanship as he wore a 'White men can jump' tee shirt on his last dunk, over four people standing on a chair.