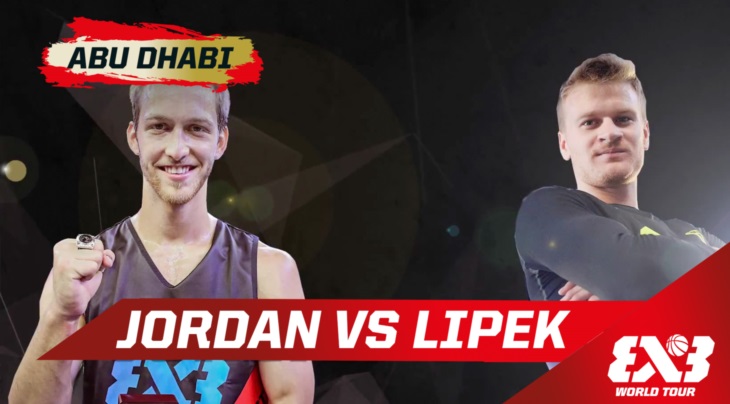 Lipek has been dominant on the dunk scene in the last couple of years, winning the contest at the FIBA 3x3 World Tour Final in all 3 editions (Miami in 2012, Istanbul in 2013 and Tokyo in 2014).

He won the Lausanne Masters Dunk Contest this season, including his trademark 360 between-the-legs.

Jordan Kilganon gained some attention on the social media after posting videos of some of the most creative dunks ever, starting with the scorpion dunk. This season he made the transition from mixtape dunker to contest dunker and stunned the Chinese audience at the Beijing Masters dunk contest.

Lipek defeated Kilganon at the FIBA 3x3 All Stars Dunk Contest on 12 December last year and again at the Quai 54 Dunk Contest in June this season. The Canadian dunker showed Lipek was no longer invincible this summer at the Sprite Kings of Air after jumping over a car, something he would repeat a few weeks later at the FIBA 3x3 U18 European Championships Qualifier in Riccione, Italy.