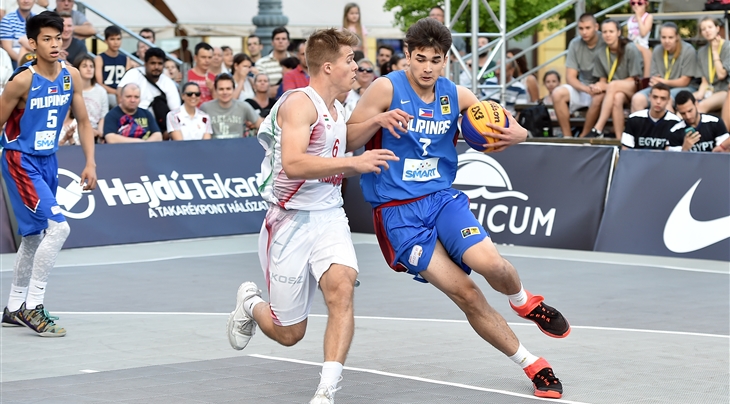 The 17-year-old met all the expectations - and then some as he scored 15 of his team's 19 points in a one-point win against Hungary. He finished the day with 24 points, including four long distance shots.

The powerful Omar Attia surprised for Egypt as the only player in the tournament to score twice in double digits (21 points total) and ended Day 1 as the second most prolific scorer of the tournament.

France won both games on Thursday and while Killian Tillie was catching flies in the painted area, Bathiste Tchouaffé did all the scoring with 19 points.

In the women's tournament, 16-year-old Weronika Nowakowska finished Day 1 as the top scorer (14 points), just ahead of the athletic Leticia Josefino (Brazil) and Czech rising star Petra Holesinska (both with 13 points).