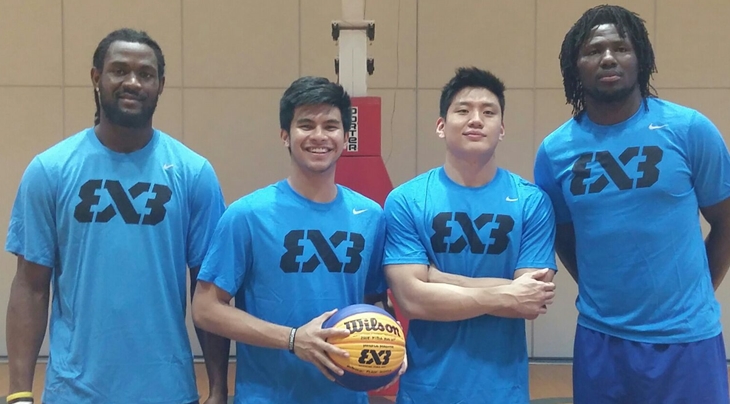 Just two months ago, Calvin Abueva shocked the world after defeating 3x3 powerhouse Team Doha in the pool phase and leading his Manila North team all the way to the quarter-finals of the 2015 FIBA 3x3 World Tour. The impressive run brought 'The Beast' a huge amount of ranking points and helped him climb the FIBA 3x3 Individual World Ranking. Unfortunately for Qatar’s vast Filipino community, Abueva could not overtake Japanese star Tomoya Ochiai as number one 3x3 player in Asia and therefore missed his ticket to the FIBA 3x3 All Stars.

In an effort to solace the basketball fans in Qatar and bring new rising stars to the game of 3x3, an exhibition game will be played between the Dunk Contest Final and the FIBA 3x3 All Stars Final at 21.40 local time (GMT+4) between Team Philippines and Team Qatar, who will feature Faris Avdic, Emir Mujlic, Nedim Muslic and Seydou Ndoye.

The game will be played with FIBA 3x3 rules, with the only exception being the duration of the game, which will be 10 minutes running time (without time interruption).

Ravena and Teng will be looking to show the same chemistry they had, covering Ronan Keating's 'When you say nothing at all' on national TV.

Last but not least, Ravena will serve as one of the members of the jury at the FIBA 3x3 All Stars Dunk Contest.