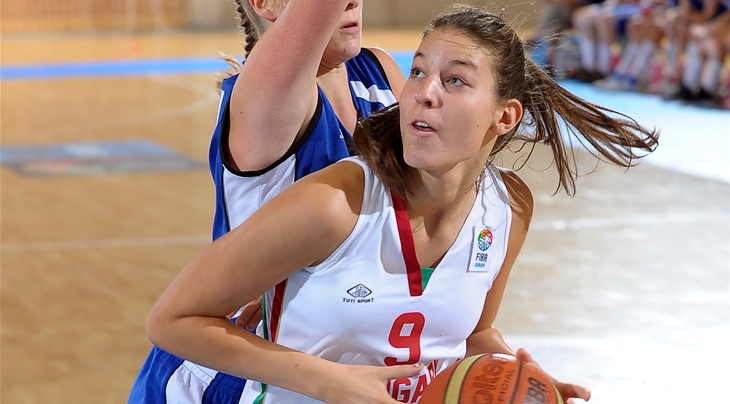 DEBRECEN, HUNGARY (3x3) - Timea Toth missed an opportunity to win a medal last year at the Youth Olympic Games, when Hungary lost by just one point (12-11) to Spain in the bronze medal game. In less than three months, she will get a second chance to shine for her country on home soil, in Debrecen at the 2015 FIBA 3x3 U18 World Championships.

"The Youth Olympic Games are one of the best memories of my life," the 18-year-old said.

"I will never forget the moments I lived there and the people I met."

Besides reaching the semi-finals of the women's 3x3 event, Toth and her team-mates were also seen at the dunk contest when future winner France's Karim Mouliom jumped over them to capture the gold medal.

The Budapest native explained what makes 3x3 basketball so special and the reasons why she will be looking forward to take her game back to the streets: "This game is faster and the teams are closer together. Plus it’s a very good feeling to hear the music and the fans shouting so close. It brings you more energy."

The 1.86m forward should get plenty of support on 4-7 June with Hungary playing at home in Debrecen in front of the iconic Great Reformed Church.

I will be very excited to play there for my country. - Toth

"I hope that my family and friends will be able to come to cheer for me," smiled the emerging star.

The Hungarian team will definitely be one of the teams to beat in Debrecen in June. Though the full rosters will not be known until 4 May, two more players who shined in Nanjing will be eligible to play again in Debrecen (Nina Aho and Dorottya Nagy).

The majority of the team that won bronze at the 2014 FIBA U17 (5on5) World Championship will also be available, including basketball rising star Debora Dubei.