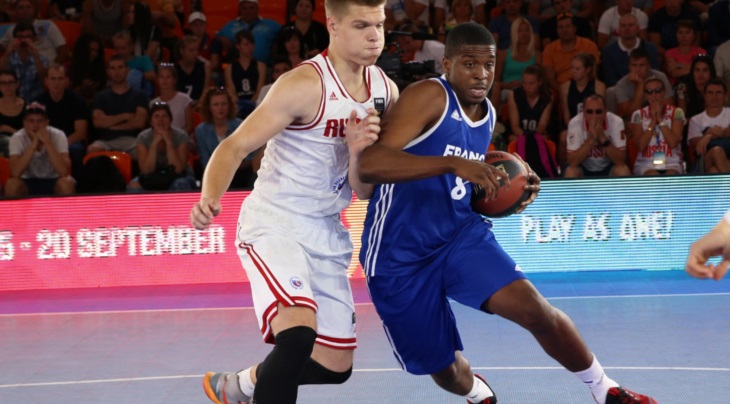 Belgium and Belarus, in front of a partisan crowd filling the stands and all empty space around, turned their Quarter-Final into an instant classic.

The hosts had recovered from their less energetic showing in their last group game and went at their opponents from the start, fighting for every ball and finding their rhythm on offense.

They opened a gap that the Belgians, despite their best efforts, where not able to close until the end, taking a celebrated 17-10 and securing big fan crowds for the Semi-Finals.

Hungary stormed out the gates against Spain, quickly establishing a lead of several points.

Those who had seen the Spaniards' game against Belgium in the first round did not write off the Spanish side though.

To everybody's surprise, Hungary fought back any Spanish attempt of a comeback, prevailing 18-11.

The Israeli men's team relentlessly supported their women's team in their match-up with Czech Republic and the loud support paid off.

Israel lit up the scoreboard, stunning the previously dominant Czechs to convincingly close out the game, 20-14.

Russia and France opened proceedings and the French showed from the start that they should better be considered as one of the tournament favourites, dominating their opponents on both sides of the court, finishing the game prematurely at 21-6.

Spain displayed great form when they took on Lithuania, relentlessly attacking the basket, creating open space for each other and finishing with precision.

The Lithuanians did their best to stay in the game but had to settle for a 12-9 defeat that sees the Spaniards through to the Semi-Finals.

If anyone was wondering about the ability of Belarus to keep up with the pace of Belgium, he or she must have been impressed by the performance the young host team delivered.

They stayed in front of their lightning quick opponents and mercilessly utilised their height advantage, finishing off the Belgian Lions 21-15, causing wild celebrations in the stands as the crowd celebrated their heroes.

Italy looked dominant early on in their clash with Turkey, but could not manage to break away further than three points, allowing the Turks to come back with Italy in foul trouble.

Davide Bovo turned into the tragic hero, missing a lay-up, fouling Tanalp Şengün immediately after. Şengün missed the second free-throw, giving Daniel Perez the chance to tie the game once more, but Turkey had one offense left, getting fouled again. They only converted one shot, but that proved enough for a precious 16-15 win.

Find all results and standings on www.3x3planet.com