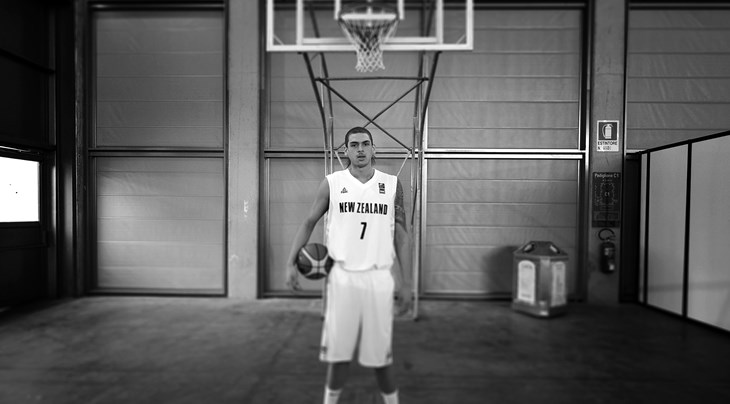 MIES (3x3) - From 4 to 7 June 2015, Debrecen, Hungary will host the fourth edition of the FIBA 3x3 U18 World Championships. Ever since its launch in 2011, the competition has become a platform for young talent to make a jump in their 3x3 and basketball career. From Astou Ndour to Isaac Fotu, we look back at the five men and five women who have shined at the event on their way to stardom.

Since then: 15th at the 2014 FIBA Basketball World Cup

The then 'fro-less Kiwi propelled New Zealand to an unexpected world title on the first-ever edition of the competition and directly contributed to make 3x3 one of the most popular rising disciplines in the country.

Before the Euroleague and the WNBA, the Senegalese-born Ndour reigned supreme in the paint at the 3x3 U18 World Champs, collecting two medals in back-to-back years.

Since then: NBA (Milwaukee Bucks)

The super-athletic Frenchman showed in Madrid he could finish with a little "Inglis". If not for an unfortunate leg injury suffered a week before the 2013 edition, he would have joined a "Bleuets" team that struck silver in Jakarta and jammed even more the trophy cabinet.

Since then: 2014 FIBA Europe Young Women's Player of the Year, 2014 FIBA U17 World Championship for Women MVP

In 2013, the future Duke player outclassed the competition, against girls two years older. And the medal hunt is not over: Salvadores is eligible for this year's edition in Hungary.

With his classy post moves and lethal jump shot, this Luis Scola fan led Argentina to a clean record in 2013. The following year, the former Nike Hoop Summit player was already representing his country in 3x3 at senior level in Moscow.

The Texas native is the only player in the history of the competition with two gold medals, though it was hard to recognise her after she traded her cornrows for the biggest 'fro not named Isaac Fotu between 2012 and 2013.

7. Kristupas Zemaitis (Lithuania)
At the 3x3 U18 World Championships: 2013 Semi-Finalist

The blonde sharpshooter may not have won a single medal at the 3x3 U18 World Champs, still he led his team to the biggest upset of the 2013 event, knocking down the US über-favourites. Since then he became a genuine 3x3 star, hitting the gold-winning shot at the 2014 Youth Olympic Games and leading his Kaunas team to the semi-finals of the prestigious FIBA 3x3 All Stars later that year.

Since then: 2014 FIBA World Championship for Women Silver Medallist

It took just two years for the Canary Islands native to make the leap from the 3x3 U18 World Champs to the (5x5) senior World Championships. But for the star Florida State University player, both events ended with a heartbreaking loss against USA.

Since then: UCLA scholarship (NCAA)

Though he was the youngest player in the 2013 edition, it took just a few days for Paras to become the biggest star of the tournament after an electrifying performance at the Honda Dunk Contest, which topped 2 million views on YouTube. The Filipino rising star has since then crossed the ocean. There is a new Kobe in California.

Since then: 2014 Youth Olympic Games China Flag-bearer and Quarter-Finalist (Women's)

Speaking of precocious talent, the 1,93m Dilana featured on the Chinese 3x3 U18 team at the tender age of 15. Two years later, the Xinjiang native was chosen among athletes from all sports as the flag-bearer for China at the 2014 Youth Olympic Games at home, in Nanjing.