First FIBA 3x3 U18 European Championships bring stars of tomorrow on tour from Netherlands, Italy and Latvia to Belarus 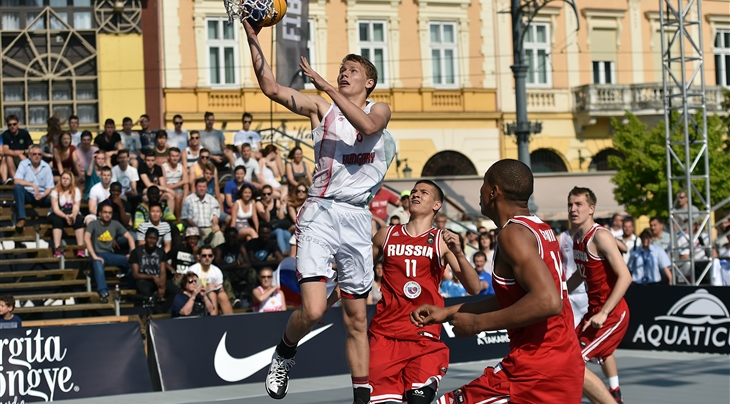 MIES (2015 FIBA 3x3 U18 European Championships) - The future talents of 3x3 in Europe have a new chance to shine at the first-ever FIBA 3x3 U18 European Championships. The 48 participating teams from 27 countries were split into 3 different qualifiers, which will be staged in Amsterdam, Netherlands (18-19 July), Riccione, Italy (24-26 July) and Riga, Latvia (1-2 August). The top 5 teams from each qualifier (for each gender) and the hosts will clinch a spot to the final phase in Minsk, Belarus on 21-23 August.

Several European teams already shined last month at the FIBA 3x3 U18 World Championships in Debrecen, Hungary, with France winning four medals, including gold with the women and bronze with the men, the hosts striking bronze (women) and Czech Republic, Germany, Italy and Spain also collecting medals in the individual contests.

Following their success in June, France will be the team to beat in the Qualifiers. The two French teams will look considerably different though, with only Timothé Vergiat back for another 3x3 campaign. Some of the stars from Debrecen will be back though, starting with Nil Bria Mendez (Spain) and Arnoldas Januska (Lithuania) who both finished among the men’s Top 10 scorers in Hungary. The women’s tournament will feature Krisztina Horvath (Hungary), Yaara Yizchaki (Israel) and Janis Ndiba Boonstra (Netherlands) who also made this Top 10 at the FIBA 3x3 U18 World Championships.

One more (excellent) reason to follow the livestream: a dunk contest starring some of the best dunkers in the world will be staged at every event.