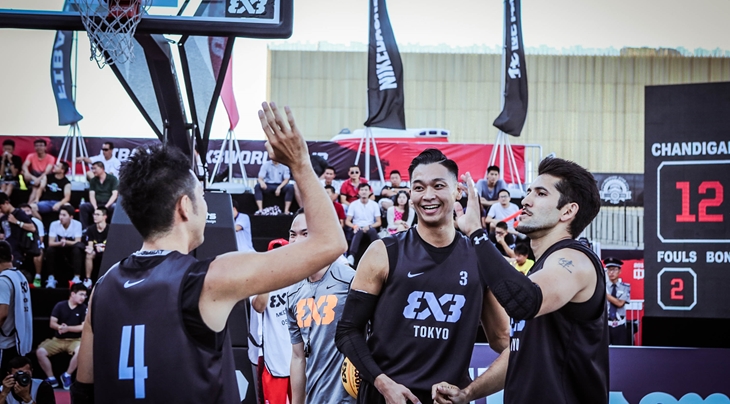 Seed: #5
Qualified: Through Tomoya Ochiai being the #1 3x3 player in the rest of the world.
Previous All Stars appearances: -

Notes
- Tomoya Ochiai is a member of the exclusive group of five players who have played in all 3 editions of the FIBA 3x3 All Stars (along with Doha's Yaseen Musa and Novi Sad Al Wahda's Dusan Domovic Bulut, Marko Savic and Marko Zdero). He played for Team Nagoya in 2013 and Yokohama in 2014.
- Ochiai and Eddy have played for the 3x3 Japanese national team.
- Dinler is a two-time Red Bull King of the Rock one-on-one World Champion (2014, 2015)
- Erdogan is a last-minute addition to replace 3x3 legend Angel Santana, who suffered a knee injury.