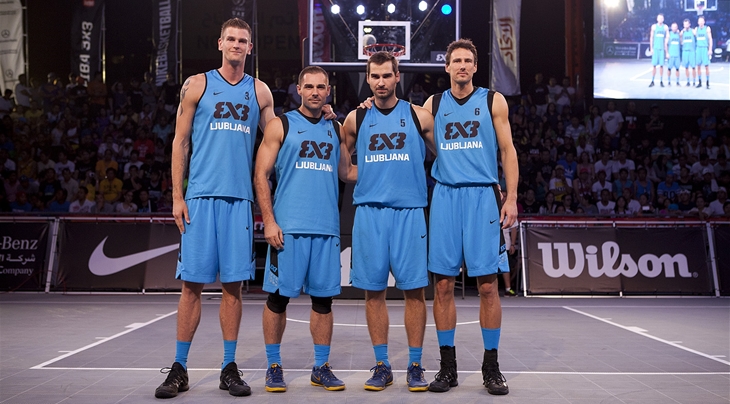 Seed: #2
Qualified: Through Jasmin Hercegovac being the #1 3x3 player in Europe
Previous All Stars appearances: 2013 FIBA 3x3 All Stars winners

Notes
- Ljubljana won the first-ever edition of the FIBA 3x3 All Stars in 2013. The same year they also won the FIBA 3x3 World Tour. At both events, they beat Novi Sad Al Wahda (UAE) in the title game.
- The team played at four World Tour events in 2015 (the Masters in Manila, Beijing and Lausanne, and the Final in Abu Dhabi) but failed to win a single title. The closest they got was an overtime loss in the final of the Manila Masters against Doha.
- Birdman was the number one 3x3 player in the world from December 2013 to June 2014.
- Birdman is the tallest player at the event (2,16m) and Ljubljana the tallest and most experienced team in general.