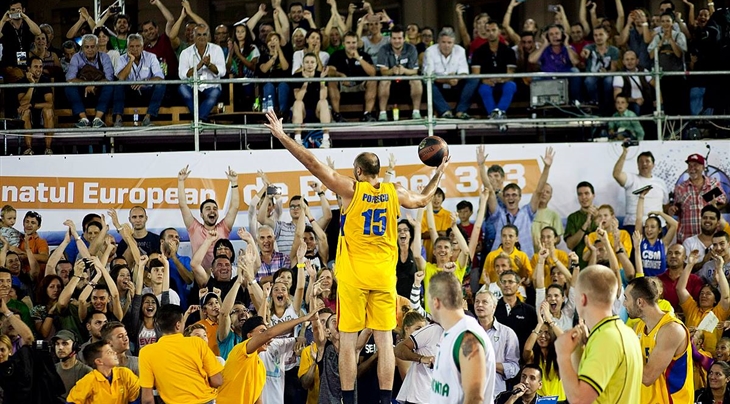 MIES (European Games, 3x3 ) - The pools for the 3x3 discipline at the Baku 2015 1st European Games have been announced with both reigning European champs (Russia’s women and Romania’s men) up to a perilous start.

If you thought this was hard, check out Romania’s men’s improbable schedule. In Pool A, Angel Santana’s team will face Slovenia and Lithuania, the other two medallists at the 2014 3x3 European Championships. Oh and Israel will bring to Azerbaijan two of the four players who led the country to a semi-final spot at the 2012 FIBA 3x3 World Championships.

The teams are seeded based on the 3x3 Federation Ranking, where national federations are ranked according to the aggregate ranking points tallied by their top 100 nationals in a certain category.

The 3x3 competition in Baku will take place over four days, beginning on 23 June. Each team will play against the other three in their respective pool, with the top two progressing to the last 16, from which stage onwards the tournament will be direct knock-out. The one exception is the semi-final losers, who will compete for the bronze medals.

The pools are as follows: