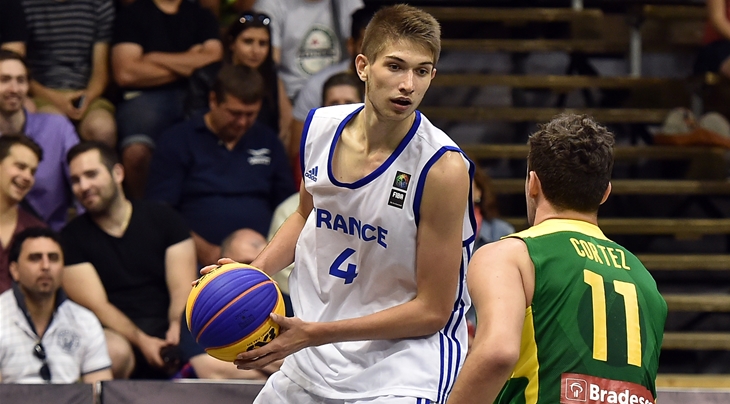 DEBRECEN (3x3) - France, Lithuania, Russia and Spain in the men's event and Hungary, Netherlands, Spain and USA in the women's event are the only eight teams which remain undefeated after two days of competition at the 2015 FIBA 3x3 U18 World Championships.

Starting with men, Russia continued their impressive run in Pool A, beating fellow Day 1 unbeaten team Poland and dominating the Philippines thanks to the great combo of ball-handler Aleksander Yadrischensky and big man Edvard Sharnin.

2014 Youth Olympic Games Winner got a narrow win over Romania (19-17) to preserve their perfect record, led by the versatile Arnoldas Januska.

France only conceded 13 points in two games on Friday against Turkey and Vietnam, with Killian Tillie as a defensive stopper and Bathiste Tchouaffé as an offensive catalyst.

Last but not least, Spain remains the only undefeated team in Pool D after Argentina shocked USA in over-time on an incredible shot from Martin Fernandez.

Spain is the only country which managed to have not just one but both teams with four wins after two days, with Paula Ginzo as the top scorer of the women's team.

Tomorrow will be a big test for the Spanish team with a game against the other unbeaten team in the group, Hungary. Number one 3x3 U18 woman in the world Nina Aho continued to shine for the hosts dishing out gorgeous assists and leading the team in points.

Every team experienced defeat in Pool B with China, France and New Zealand up in the standings.

Reigning champs USA had two convincing wins today in Pool C under the leadership of the talented Arike Ogunbowale.

While those eight teams enjoyed a dominating run on Thursday and Friday, another eight have yet to win their first game, with seven of them already certain to leave the competition tomorrow. All hopes of a Last 16 appearance are gone for Guatemala, Indonesia, Kazakhstan and Vietnam in the men’s event and Andorra, Guam and Indonesia in the women’s tournament.