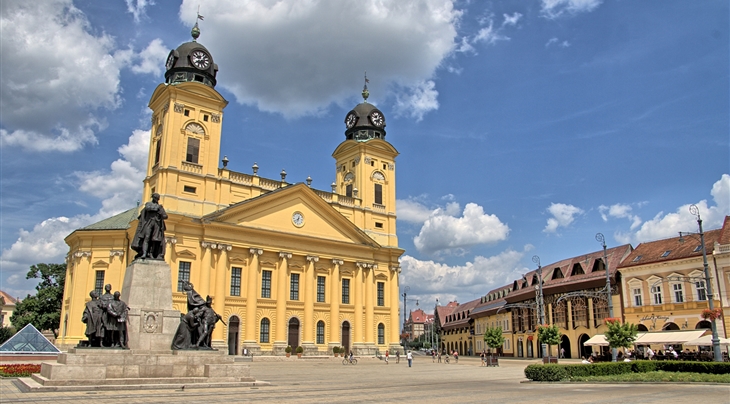 DEBRECEN (3x3) - The 2015 FIBA 3x3 U18 World Championships will take place in Debrecen, Hungary, it was announced on Tuesday by FIBA, the Hungarian Basketball Federation and the host city at a press conference to mark 100 days before the start of the event.

It will not be the first time the second largest city in the country hosts a major basketball event - Debrecen will also be one of the venues of EuroBasket Women 2015 - but never before has it organised an event of this magnitude.

"It's the first time that Hungary has been awarded the right to organise a World Championships in basketball. It is fantastic," Hungarian Basketball Federation President Ferenc Szalay rejoiced.

The event will be held from 4-7 June in the heart of Debrecen on Kossuth Square, facing the iconic Reformed Great Church, in accordance with 3x3's philosophy to bring basketball to the people with no entrance fee in high-traffic and inspiring locations.

"This event is of outstanding promotional value for our city and I'm convinced that it will popularise this discipline among the youth," Debrecen mayor Laszlo Papp said.

Former Hungarian basketball star Timea Beres was revealed as a first ambassador for the event.

The competition will bring together 48 teams (24 men and 24 women) from 36 countries.

The automatic seeding based on the 3x3 Federation Ranking will be revealed on 4 May.