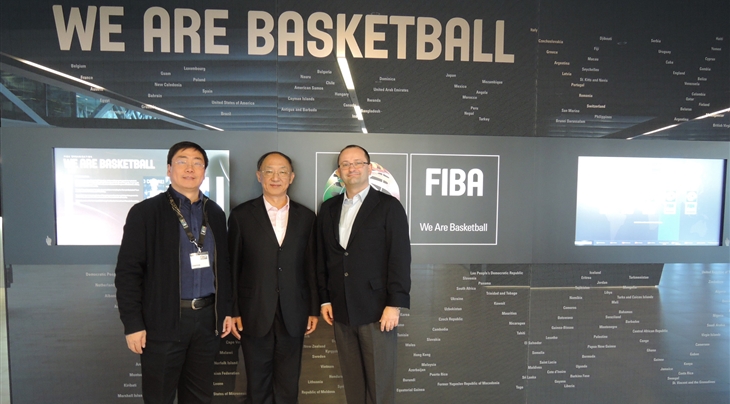 MIES - The House of Basketball welcomed some distinguished guests on Monday in the shape of visiting Chinese Olympic Committee representatives.

The discussion was focused around the growth which the sport is enjoying in the world's most populous country - helped significantly by the roaring success which the 3x3 discipline enjoys there.

Having embraced this form of the game, basketball is now firmly the number one sport in China.

The exciting proliferation of 3x3 was demonstrated via the hosting of three major events in 2014: the ISF World Schools Championship in Beijing (23-25 May), the FIBA 3x3 World Tour Beijing Masters (2-3 August) and the Youth Olympic Games (YOG) in Nanjing (18-26 August).

The 3x3 event at the YOG was described as a "resounding success" by IOC President Thomas Bach with YOG Ambassador and basketball legend Yao Ming stating after the final of the tournament that he would "buy a ticket to watch 3x3 at the Olympics".

The delegation which travelled to Mies also enjoyed a tour of the Naismith Arena - the exhibition space in the House of Basketball.