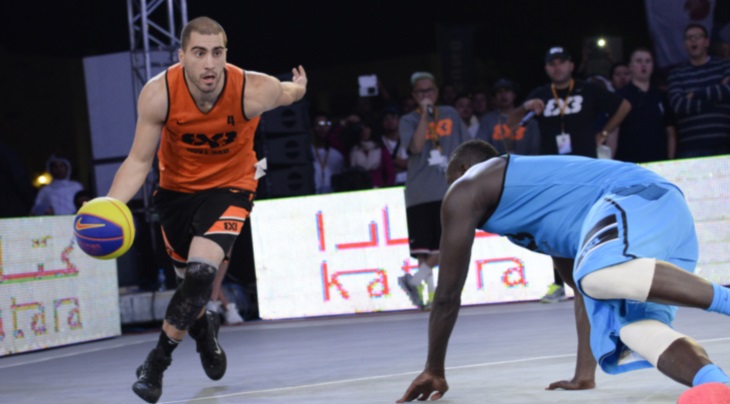 DOHA (2015 FIBA 3x3 All Stars) - With just one month to go before the third edition of the FIBA 3x3 All Stars, the number one 3x3 player in the world Dusan Domovic Bulut looks back at his win in 2014 and says he plan to extend his winning streak at FIBA 3x3 events when his Novi Sad Al Wahda team takes the floor in Doha, Qatar on 11 December 2015.

In 2014, Novi Sad Al Wahda arrived in Doha with a lot to prove. Sure they had just won the FIBA 3x3 World Tour in Tokyo but last time they travelled to Doha, they came back with a tough loss against their rivals Team Ljubljana in the final of the 2013 FIBA 3x3 All Stars. Being in Doha also revived the painful memory of a crushing loss against Qatar in the final of the 2014 FIBA 3x3 World Championships where Dusan Domovic Bulut represented Serbia.

"Last year we had a lot of motivation because we had lost these two big finals in a row against Ljubljana and Qatar", Bulut explained.

We wanted to show Doha on their homecourt that we were the better team".

What followed was a coup de force which included four straight wins, including two dominant performances against Team Doha in the pool phase and the final.

"It was one of the most crucial moments for our team", told the man also known as Mister Bullutproof

It proved we could beat every team and could finally consider ourselves the best in the world."

Novi Sad Al Wahda - who qualified as FIBA 3x3 World Tour winners - are set to meet a lot of familiar faces in Qatar with Ljubljana, Doha, Saskatoon, Tokyo. Only Montreal UQAM - winners of the FISU 3x3 World University League will play in Doha for the first time.

"Except this young Canadian team, we have played and won against every one of these teams", claimed the ankle-breaker specialist.

The biggest difference compared to last year is confidence. We're back-to-back World Tour winners. We are focused and in the best shape of our life."

We already called one or two teams as sparring partners. We did it last year and it proved to be the best training possible."

For the third edition, the FIBA 3x3 All Stars will move from Katara to the state-of-the-art facilities of the Al Gharafa Sports Complex.

The teams have until 12 November to confirm their final roster.

The seeding of the main event will be announced just a week later, on 30 November.