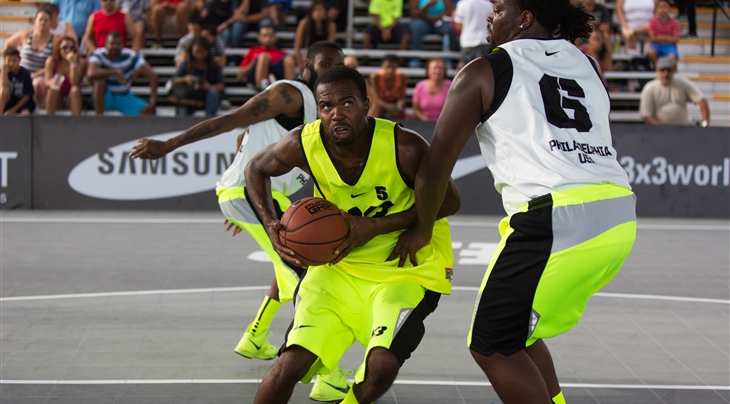 NEW YORK (3x3) - The BIG EAST, one of the most storied collegiate basketball conferences will sponsor its first FIBA-endorsed 3x3 event in New York on Saturday 7 March 2015.

The BIG EAST Conference, where 2015 NBA Eastern Conference All-Stars Kyle Lowry and Jimmy Butler honed their games, is sponsoring the New York City-based basketball event, officially recognised as: "BIG EAST 3X3 Battle". Registration for the BIG EAST 3X3 Battle is open to all members of the general public until 28 February; registrants can select from two competition-level categories: Adult-Elite and Adult-Recreational.

The winning teams from each competition category will play an exhibition game on the hallowed hardwood floor at the "Mecca of Basketball," Madison Square Garden, prior to the BIG EAST Men’s Basketball Tournament Championship game on Saturday 14 March.

The Adult-Elite category champion (or the best US team) will clinch a berth to the USA Basketball 3x3 National Tournament and get a chance to represent the country at the FIBA 3x3 World Championships in the future.

Additionally, the Adult-Elite winner will automatically qualify for the FIBA 3x3 World Tour, where the overall prize money amounts to $200,000 USD this season.

The FIBA 3x3 World Tour is FIBA's flagship yearly 3x3 competition where teams of four players regardless of their nationality represent a city. Team Novi Sad (Serbia) are the reigning champions. The best performance by a team representing a US team was the fifth-place finish achieved by Team Denver in the inaugural edition of the FIBA 3x3 World Tour in 2012.