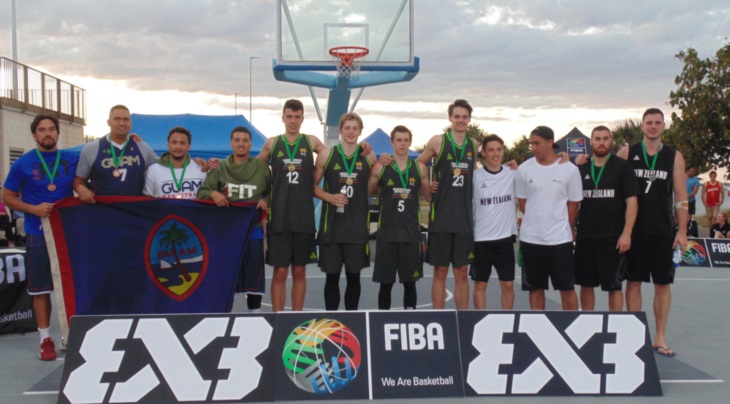 Both Australia and New Zealand had met international success in 3x3 basketball with Australia's women winning a bronze medal at the 2012 FIBA 3x3 World Championships in Athens, Greece and New Zealand's men striking gold at the 2011 and 2015 FIBA 3x3 U18 World Championships but it was the first time an international 3x3 event was organised in Oceania.

Australia - featuring some of the best athletes from the Basketball Australia Centre of Excellence - won in both categories but each time in dramatic fashion.

Australia's women trailed for most of the final against New Zealand but tied the game on a gorgeous between-the-legs move courtesy of tournament top scorer Chantel Horvat. Elizabeth Tonks then stepped up from long range in the dying seconds to win the game (14-13). The Cook Islands completed the podium.

Australia's men had to fight even more to win gold as they narrowly edged Guam (12-11) in the semi-finals before winning another nail-biter in the final against New Zealand (19-18). New Zealand featured two players who represented their country at the 2014 FIBA 3x3 World Championships (Rory Fannon and Karl Noyer) but there was too much Jack White in Southport.

The 18-year-old sensation was unstoppable the whole weekend (leading all scorers and winning the dunk contest) and had a key jam in the final to tie the game. It was then Jayden Hodgson who clinched the title for Australia on the free-throw line in the last seconds of the game.