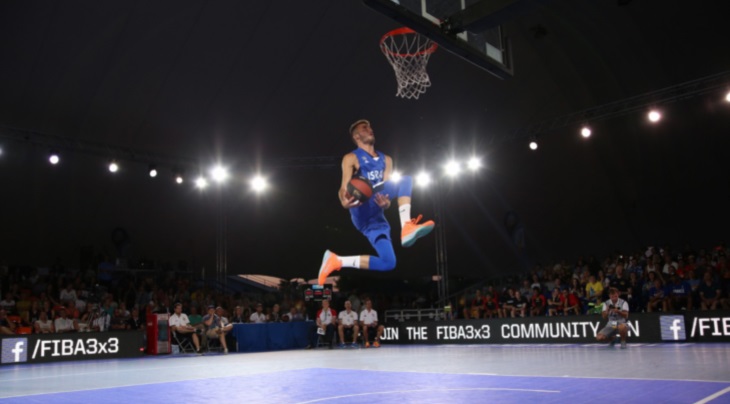 Israel's Tom Sapir, with a sweet behind-the-backboard jam and a reverse slam and Frenchman Valentin Chery with a mighty alley-oop thrown from across the court and an impressive dunk over teammate Timothé Vergiat convinced the judges and the crowd they should feature in the final of the dunk contest.

When Chery was smiling down at the crowd with his elbow still hanging in the rim, the question of who would walk away with a gold medal was answered as Sapir found no answer to this monster dunk by the young French.

Nina Aho of Hungary dominated the final of the mixed shoot-out competition, claiming 10 of 21 possible points, making eight shots from two-point range and one shot from the end of the 3x3 court. She also beat the competition in time, needing only 50 seconds to complete her round.

Lucia Alonso closely edged out Maksim Kniazev for the silver medal, as she scored her six points in 51 seconds compared to Kiazev's 53.

It was Slovakia's Michaela Sedlačková who secured first place in the skills contest, dribbling, passing and finishing her speedy rounds with a lay-up, beating Nora O'Sullivan from Belgium in the Final.