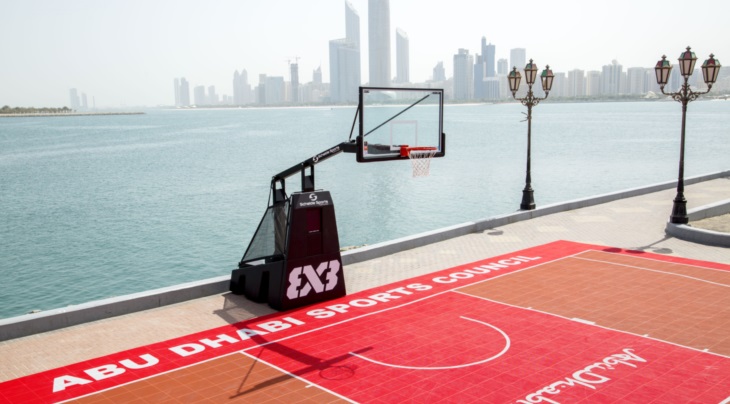 After six successful Masters in Manila, Prague, Beijing, Lausanne, Mexico DF and Rio de Janeiro, 3x3 basketball’s flagship event come for the first time to the United Arab Emirates capital, just next to Nation Towers on the shores of the Arab Gulf.

The event organised in collaboration with FIBA by the Abu Dhabi Sports Council together with UAE Basketball Association, EXTRA International Sport and Sport Arena will available for free for spectators and livestreamed on youtube.com/FIBA3x3.

Twelve teams from 8 different countries are in Abu Dhabi, including 17 of the top 20 players in the FIBA 3x3 Individual World Ranking and two teams who previously won the FIBA 3x3 World Tour: Ljubljana (2013) and Novi Sad Al Wahda (2014).

The pool phase will start on 18.40 local time (GMT+4) on Thursday 15 October and teams are seeded as follows:

The knock-out phase will start with the quarter-finals on Friday 16 October at 18.45 local time.

The reigning champs are the team to beat in Abu Dhabi after dominating the 2015 season, including a win at both the Manila and the Rio de Janeiro Masters. This said, they will have to deal with Ljubljana, who defeated them in the World Tour title game in 2013, Doha who beat them this year in the semi-finals of the Beijing Masters and Vilnius (LTU) who is the only undefeated team at the World Tour this season.

Fans will also have a chance to experience the FIBA 3x3 village with entertainment for kids, a 3x3 court and commercial booths. With the support of Abu Dhabi Sports Council, a raffle for spectators will organized, the big prize being a brand new SUV car.