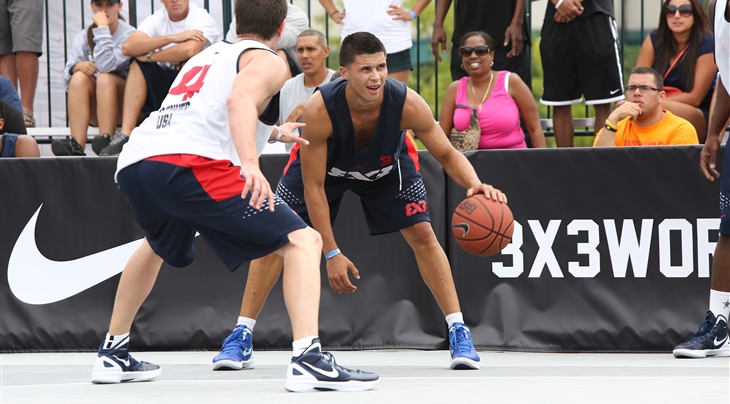 Ortiz, the son of a streetball legend, made a name for himself on the 3x3 basketball scene. The 1.91m Puerto Rican was a key member of the San Juan team that won the inaugural edition of the FIBA 3x3 World Tour with Team San Juan (PUR), alongside Johnatan Garcia, Jose Lopez and William Orozco in Miami on 22-23 September 2012.

"Corky" as he was nicknamed (after his father) excelled in 3x3, where his superior ball-handling skills and his never-give-up attitude caused headache for all his FIBA 3x3 World Tour opponents.

The 3x3 World is in mourning and tributes came from all over the world.

Former number one 3x3 player in the world Duje Kaliterna from Team Split (CRO) played several times against Ortiz in 2012, including a memorable loss in the title game of the 2012 FIBA 3x3 World Tour Final. He remembers:

"Andy was a very good 3x3 player and had great love for the game. He was quick, tough, agile and very determined. Off the court he was open-minded and a great guy to hang out with. My prayers go to him and his family."

"It breaks my heart to hear that and my prayers go to his family, friends and team-mates. The greatest rivalry we have ever had was with him and his Team San Juan. Rest in peace my friend."

His former team-mate William Orozco spoke of a "great companion on and off the court":

"We spent a lot of time together because we played on the same team and sometimes on rival teams in various categories. Many times I had to give him a lift to the game. He was a great basketball player but our best experience together was the 3x3.

"Nobody could reach our love for the game our our determination to win the FIBA 3x3 World Tour in Miami. The reality is Andy was a warrior, a great father and a friend to many people. His death created a lot of sadness here in Puerto Rico."

@3x3planet He was my mentor, He gave me a lot of tips and advices to improve my game, now I just don't wanna except that he's gone