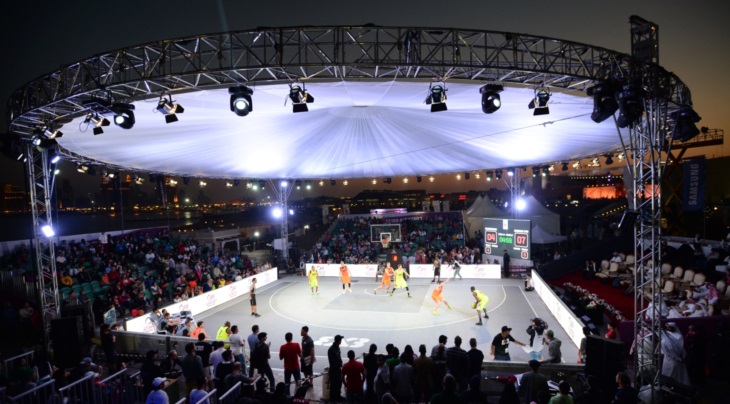 DOHA (2015 FIBA 3x3 All Stars) - The first-ever 3x3 FISU World University League is set to start in Xiamen, China on 9-11 October and the winners will get a chance to showcase their talent at the FIBA 3x3 All Stars in Doha, Qatar on 11 December 2015.

Twelve men's and 12 women's teams from 11 countries will battle it out in southeast China for three days, including a few familiar names on the 3x3 basketball scene. Loughborough University's Georgia Jones represented England at the first-ever FIBA 3x3 World Championships back in 2012. SUITD University's Artem Nikulichev featured at the FIBA 3x3 World Tour in 2014, at the Prague Masters. Last but not least, Bordeaux University’s Aurélien Blanchard and Eddy Steiner won a silver medal for France at the 2014 FISU World University Championships in Salvador de Bahia.

The winners of the men's tournament will earn one of the six tickets to the prestigious FIBA 3x3 All Stars, FIBA 3x3's annual season-ending event, whose total prize money is set at USD $120,000. The other five participants will be known in the next weeks, with the winners of the FIBA 3x3 World Tour Final (15-16 October) and the best-ranked players in Europe, Americas, Qatar and the Rest of the World (and their usual team) in the FIBA 3x3 Individual World Ranking on 1 November.