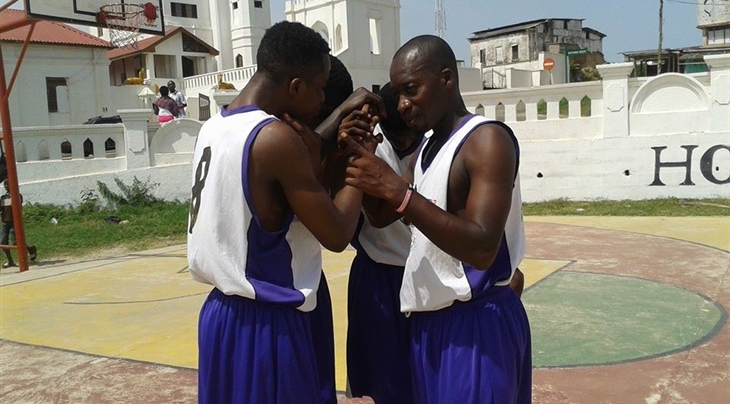 MIES (3x3) - 3x3 events were organised all around the world to support the 2nd International Day of Sport for Development and Peace.

The International Basketball Federation (FIBA) had shown its commitment to the cause by endorsing a community-driven initiative which aimed to organise 3x3 basketball events all over the world on 6 April.

FIBA.com sat down with Lungi Mchunu, to talk with the 3x3 enthusiast based in Johannesburg, South Africa, who spearheaded the project known as #WhoDaresWins.

"There is a sense of community that exists now with all the parties who participated," Mchunu explained.

"Not all organisers had tournaments but all had outreach programmes highlighting the sport and social issues," she said.

"It is more than I had hoped for and I can hope that we’ll grow from strength to strength. - Mchunu

Several initiatives were led in Africa, especially in Ghana, South Africa and Uganda, showing the rise of 3x3 on the continent.

"Hoops Care hosted a 3x3 tournament for all abilities in Ghana," told the editor of digital magazine ballmagsa.

"I organised clinics and a fun day for the younger generations in Soweto and Auckland Park in South Africa.

Best 'Thank You' ever #Priceless It may have not been much but we're glad they had fun #WhoDaresWins #3x3 #IDSDP2015 pic.twitter.com/ecjotYFcKI

"X-Suba in Uganda were exceptional as well. They had a fundraiser and fun day for #IDSDP2015 but went further the following day and joined organisations in Jinja that work with street kids."

More 3x3 events were held in the rest of the world to celebrate the International Day of Sport for Development and Peace in Japan where Hoops4Hope raised USD $5,000 for a kids basketball programme in Zimbabwe, in Puerto Rico where FEBASIRU hosted a 3x3 wheelchair tournament and ANB held an event in Brazil.

Mchunu said the spirit of 6 April continues with more community initiatives later this month: "On 25-27 April, Greece and France will have events and I will organise one more big tournament in South Africa to close off #WhoDaresWins".