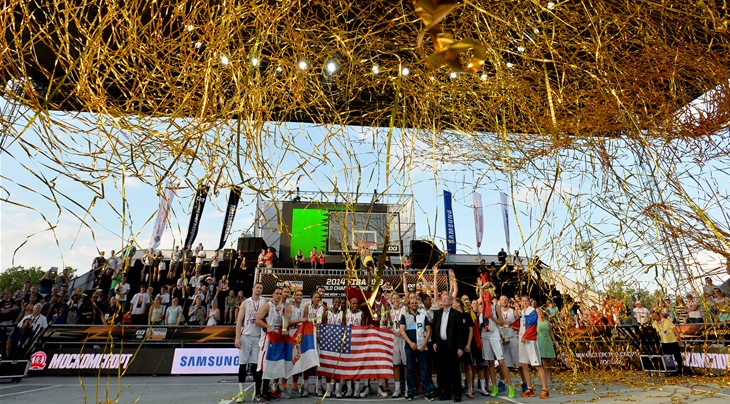 The event organised by FIBA in cooperation with the Chinese Basketball Association (CBA) and private promoter Sunsports will be the third edition of the FIBA 3x3 World Championships. It is the first time the competition travels to Asia after being staged in Athens, Greece in 2012 and Moscow, Russia in 2014.
Unites States’ women won both editions while Qatar’s men struck gold in 2014.

Both teams were automatically qualified for the event, together with hosts China.

The other teams clinched a spot to the FIBA 3x3 World Championships thanks to their position in the FIBA 3x3 Federation Ranking, which includes sport and development criteria, allowing both the strongest teams on the field as well as the most active countries to participate in the event, which fulfils a key aim of 3x3 - diversity. Cook Islands and Philippines will make their first appearance at the event.

All games at the 2016 FIBA 3x3 World Championships will be played on the same court with 20 men’s and 20 women’s squads competing in a team event and in three individual contests (men’s dunk contest, women’s skills contest and mixed shoot-out contest).

For the first time ever, each participating national federation will be given the opportunity to file one of their 3x3 players or a professional dunker to compete for gold in the men’s dunk contest.

The stars will not only be on the court: Chinese basketball star Yi Jianlian will be the tournament ambassador.