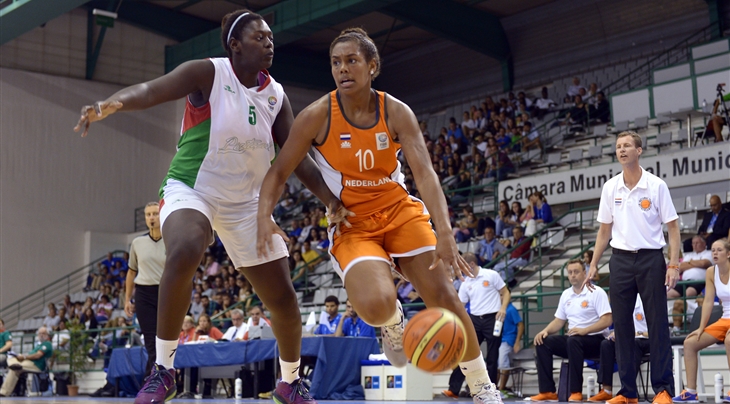 Story
Netherlands had played in every single edition of the FIBA 3x3 U18 World Championships... without ever reaching the Top 10. This made the team's incredible run (silver medal) at the 3x3 event of the 2014 Youth Olympic Games (YOG) even more sensational. With her three team-mates turning 19, Janis Ndiba is the only player back from the Nanjing heroins yet can count on an excellent team which features rising star Laura Westerik (16).

Once again, Netherlands will start a 3x3 event in the same pool as their neighbours. Belgium has become a force in 3x3 basketball in recent years, especially at senior level with the national team winning bronze at the 2014 FIBA 3x3 World Championships with basketball legend Ann Wauters. The U18 team made great progress too last year at the YOG, finishing a respectable 5th. Two of the players who shined in Nanjing are back (Fauve Bastiaenssen and Eline Maesschalck) and will be joined by the tallest player in the competition (the 1.96m Serena-Lynn Geldof) and a player so promising that she already played last year with the U20 national team (Sofia Ouahabi).

Two additional teams in Pool D were at the YOG last year: Brazil (14th) and Indonesia (20th). Experience will not be an issue for the Brazilian team, who have brought back 3 players from Nanjing, including 2 (Leticia Josefino and Crystina Mayara) who already featured at the 2013 FIBA 3x3 U18 World Championships. For Indonesia, Regita Pramesti will also play her third 3x3 U18 event after the 2013 edition at home in Jakarta and the YOG. However the team will have to play without size advantage, with no single player over 1.80m, and even two players under 1.65m.

Turkey make their return to the FIBA 3x3 U18 World Championships (they were 9th in 2011 and 13th in 2012) and will be led by Elif Portakal, who already knows Debrecen after starring at the U16 (basketball) European Championship last year.

Last but certainly not least, Czech Republic will play in their fourth edition of the competition and - unlike Netherlands - have always finished in the Top 10. The sharpshooting Petra Holesinska is poised to make noise in Hungary but there's more: all four players were on the group that led the country to 4th place at the FIBA (Basketball) U17 World Championships for women last season.