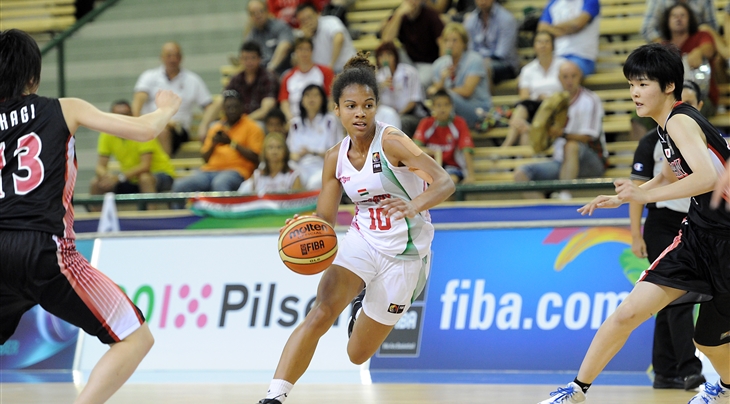 Story
Italy almost did it in 2011 and Spain also came just short in 2012 but never in the history of the FIBA 3x3 U18 World Championships have the hosts won the event. Can Hungary make history? For sure the hosts will count among the favourites in Debrecen, featuring three of the four players who reached the semi-finals last year at the 3x3 event of the Youth Olympic Games (YOG), including the speedy Nina Aho. In Pool A, the hosts will have an opportunity to avenge the loss that cost them the bronze medal at the YOG, against Spain.

The Spaniards might as well feel at home as three of their four players won a bronze medal last year at the (5on5) U16 European Championship in... Debrecen, Hungary. The diminutive Lucia Alonso (1.71m) was the team's best passer there and will be one to watch at the event.

Another team who starred at the YOG is Germany, who reached the quarter-finals in Nanjing. Both Annika Küper and the very talented Luana Rodefeld are back and could well cause headaches to Hungary and Spain.

Venezuela's experience at the YOG wasn't as successful last year (15th place) but both Maria Montilla and Laury Garcia come back with experience aplenty and a chip on their shoulder. Will it be enough to be one of the four teams to advance in Pool A against Slovakia and Israel, two teams who will make their first-ever appearance at the FIBA 3x3 U18 World Championships?

Check out the Men's Pool A preview.