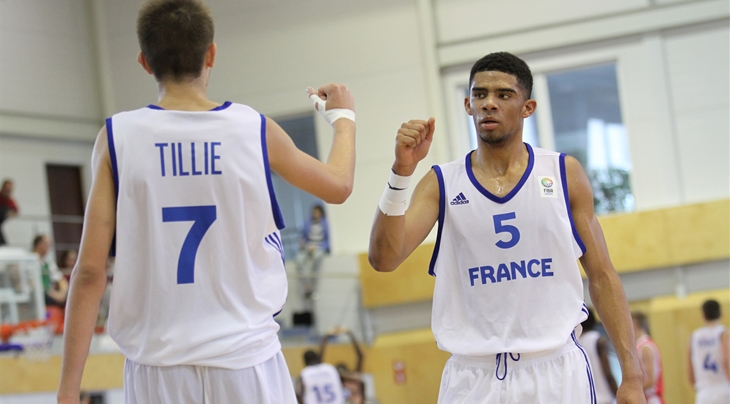 Story
Third in 2012, Second in 2013, second again at the 2014 Youth Olympic Games (YOG), France have collected medals in the men's category since their first appearance at the FIBA 3x3 U18 World Championships but have yet to strike gold. The 2015 squad doesn't have international experience playing 3x3 and features three players born in 1998 but includes some pretty familiar names. Killian Tillie won MVP honours and Bathiste Tchouaffé joined him in the All-Tournament Team at the 2014 U16 European (Basketball) Championship, after leading France to first place.

New Zealand may not have earned as many medals as France but they won a title already, in the inaugural edition of the FIBA 3x3 U18 World Championships in Rimini, Italy in 2011. 2014 FIBA Basketball World Cup participant Isaac Fotu was the leader of that team. Four years later, a new golden generation makes the trip to Europe with the biggest team in the tournament (2.03m on average), including superstar Tai Wynyard and Sam Timmins, a big man with 3x3 experience under his belt, following his play at the YOG last year.

Brazil, Turkey and Estonia are regulars in the competition (all three featured in Jakarta in 2013), which will make Pool C extremely competitive - only four teams advance to the next round.

Renan Cortez is the number one U18 3x3 player in Brazil (29 in the world) and will lead a team that keeps getting better in 3x3 as his predecessors reached the quarter-finals last year at the YOG.

The Turkey players do not have much 3x3 international experience but in Batuhan Uçum they have a big big man (2.06m, 135kg)  who can cope with the New Zealand wall.

Estonia will feature a tight unit, with four players coming from the same basketball club and led by floor general Siim-Markus Post.

Vietnam will send a very young team to Debrecen (16 on average) but it will be all about the experience for the Asian country, who will celebrate its first-ever participation in a 3x3 World Championships.