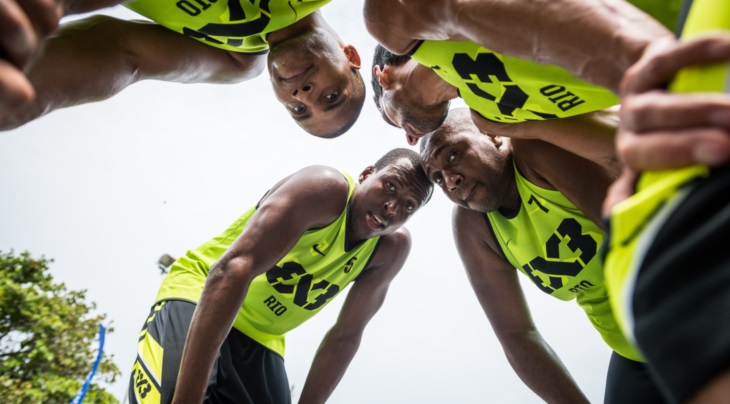 1. LIVESTREAM: All games in HD with former Brazilian international Victor Mansure on the mic.

3. NUMBER ONE: The reigning World Tour champs Novi Sad Al Wahda will be in Rio for a record-fourth Masters this season, led by number one 3x3 player in the world Dusan Domovic Bulut aka 'Mr Bullutproof'.

4. LEGENDS ON THE COURT: Two weeks after Mexico, Rogério Klafke (Rio Preto) is back at the World Tour. He played at the Olympics, is the all-time scoring leader of the Brazilian first league and he’s still balling at 44.

5. LEGENDS OFF THE COURT: Brazilian internationals and Flamengo stars Marquinhos and Rafa Luz will join the party on Saturday.

6. BIG BROTHER: Fernando Medeiros nearly won Big Brother Brasil this year. This basketball lover will use his social media skills (only 600k followers on Instagram) to be our digital ambassador in Rio.

7. PASSINHO: The passinho dance was born in the favelas and has become a national phenomenon. Once you see their performances in between games, you’ll understand their footwork would make LeBron look like R2-D2.

8. LOCAL FLAVOUR: For sure Futebol is a religion here in Rio but with 9 Brazilian players currently in the NBA, basketball and especially 3x3 have become a fan favourite in Brazil.

9. DUNKS: Our first pro dunker can kiss the rim. The second can do tricks like Dude Perfect. Guaranteed madness.

10. FINAL: Find out who will win the very last two tickets to the World Tour Final in Abu Dhabi.