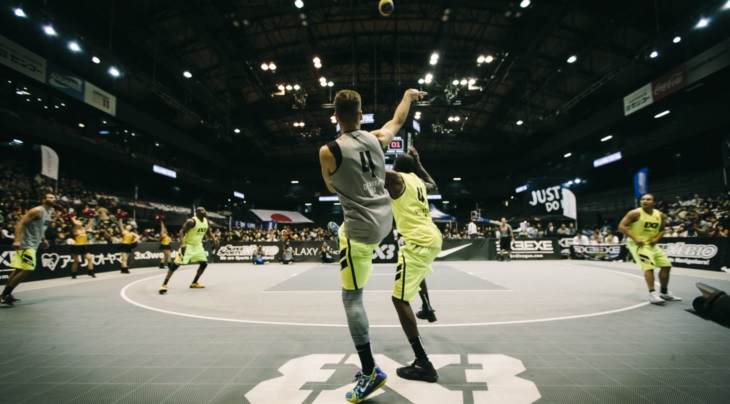 1. LIVESTREAM: All games in HD with NBA Top 10 legend Kyle Montgomery on the mic.

3. TALENT: Saskatoon was just 10 minutes away from the World Tour title last year in Tokyo, Japan. Their new recruit Nolan Brudehl makes them younger and bigger. Enough to make the last step?

4. LEGENDS: Rogério Klafke (Rio Preto) played at the Olympics and is the all-time scoring leader of the Brazilian top league. And he’s still balling at 44.

5. RIVALRIES: Saskatoon (CAN) and Denver (USA) had battled it out in the Chicago Masters final last year with the Canadian team winning by one point. The two teams met again in the Tokyo final and Saskatoon got Denver a good 21-3 spank. Not sure the US team enjoyed the 3x3 lecture.

6. SHOOTERS!: Darcy Coss aka ‘The Crossbow’ went Daryl from the Walking Dead last year in Chicago making 10/10 from behind the arc and winning the shoot-out contest.

7. NICKNAMES: Kyle Montgomery may put his stamp on the player’s nicknames but we already have some good ones. Our personal favourite: Denver’s Derek Griffin aka ‘Vanilla Gorilla’

8. LOCAL FLAVOUR: Ever since we arrived, we see kids with basketballs on the street or playing on the playgrounds. The event will be staged on the campus of UNAM, only the biggest university in Latin America!

9. DUNKS: Justin ‘JusFly’ Darlington can dunk after a cartwheel and Porter ‘What’s Gravity?!’ is the shortest pro dunker in the world and can jump over a guy half a metre taller than him. We’re officially excited.

10. FINAL: Find out who will win the next two tickets to the World Tour Final in Abu Dhabi