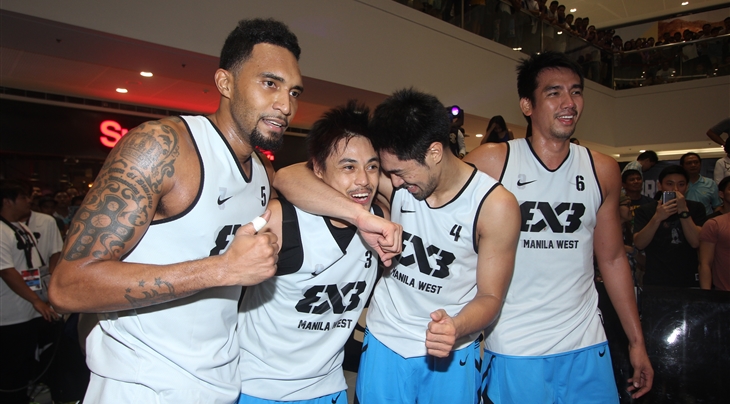 1. LIVESTREAM: All games in HD with on the commentaries Aaron Atayde, the voice of basketball in the Philippines
2. MORE VIDEOS: Dunk highlights, Top Plays, Interviews, Mixtapes. Will there be enough pop corn?
3. TALENT: The reigning champs Novi Sad Al Wahda start their title defence in the Philippines
4. RIVALRIES: The number one 3x3 player in the world says he will make Ljubljana and Doha pay for previous losses!
5. CLASH OF CULTURES: 12 teams, 10 countries and as many different ways to play the skillful game
6.TERRENCE ROOOOOOOOOOOMEO: Simply the best cross-over in the 3x3 game
7.ATMOSPHERE: Thousands of basketball-crazy fans packed on each and every floor of a gigantic shopping mall
8. DUNKS: The shortest pro dunker in the world Porter Maberry is in town.
9. ENTERTAINERS: Q-York, the band which wrote the World Tour anthem is on the mic
10. FINAL: Find out who will win the first two tickets to the World Tour Final in Abu Dhabi