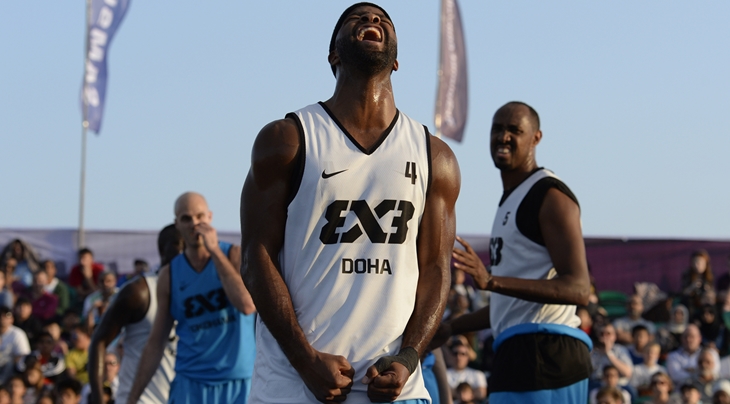 1. LIVESTREAM: All games in HD with the award-winning Ronald McIntosh on the mic.

3. NUMBER ONE: Last time he played at the All Stars, the number one 3x3 player in the world Dusan Domovic Bulut broke ankles from all over the world. Can he top his 36-point-record from last year?

5. KING OF THE ROCK: What if the best one-on-one player in the world played 3x3? Answer on Friday when Red Bull King of the Rock two-time champion Kevanc Dinler bring his talents to Team Tokyo.

6. OLD SCHOOL vs NEW SCHOOL: Team Montreal UQAM did not have much experience playing 3x3 before winning the FISU 3x3 World University League. Their shortest player win dunk contests and their big man's got more moves than Jason Derulo. The future is now.

7. A TASTE OF MANILA MADNESS: The large Filipino community of Qatar is expected to make the event as crowded as the FIBA 3x3 World Tour Manila Masters. Don't be surprised if the crowd go wild when former internationals Johnny Abbarientos and Alvin Patrimonio feature in the PBA Legends Shoot-Out Contest or when rising stars Kiefer Ravena and Jeron Teng play an exhibition game between Qatar and the Philippines.

8. Q-YORK STATE OF MIND: We almost forgot about our 2 favourite Filipinos: MC Knowa Lazarus and DJ Flava Matikz from the band Q-York, who have polished the FIBA 3x3 sound. Yes they're the same ones who wrote the FIBA 3x3 World Tour anthem.

9. ACROBATIC DUNKERS: With their trampolines, the "Barjots Dunkers" can jump over the Eiffel Tower. All right so maybe they can't but the French crew announced a must-watch new gravity-defying performance.

10. BEST DUNK CONTEST EVER: We brought 4 of the best dunkers in the world (Kristaps Dargais, Justin Darlington, Lipek and Porter Maberry) with a brand new concept: a face-off between Europe and the Americas. New dunks, tributes, believe us you don't want to miss the livestream.