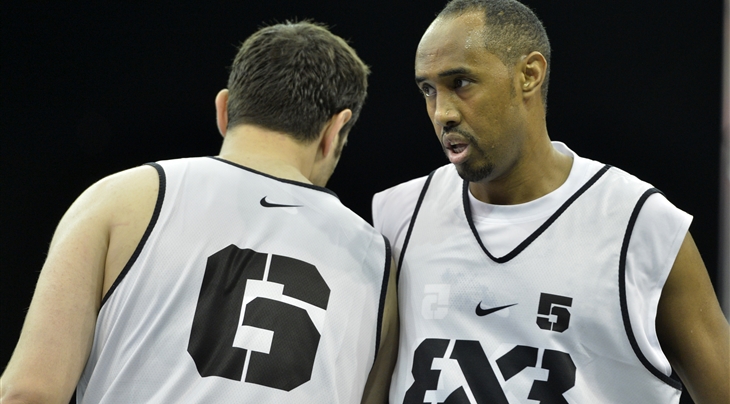 DOHA (FIBA 3x3 All Stars) - FIBA's 2014 3x3 season concludes on Friday with the second edition of the FIBA 3x3 All Stars. In the lead-up to the event, we profile the six participating teams. After Yokohama and Novi Sad, here's a look at Doha.

Just one year after being introduced to 3x3, Yaseen Musa has risen to stardom, winning the FIBA 3x3 World Championships and now he has his eyes set on the FIBA 3x3 All Stars. But the lanky 2.03 Qatari's appetite doesn't stop there: he wants to win it all.

"Last year, we had no experience," recalls Doha's captain. "We did not know the rules, we had barely ever played outdoors".

What followed was a near-elimination in the pool stage and a semi-final loss against Novi Sad (SRB).

"This year we know the rules, we know all the teams very well. We are on our home court. We have a very good team. Nobody can beat our inside game when we have Mohammed 'Big Mo' Seleem Abdulla and Mohd Yousuf Mohammed on the court. Boney Watson (the shortest and lightest player of the tournament) is a hustler, an energy guy and our shooter. Now we're ready!" said the former top scorer at the 1999 FIBA U19 World Championships (5on5).

The country won its first-ever world championship event in a team sport after beating Serbia in the final.

That Serbian team featured all four players from Team Novi Sad - who are in Pool A with Doha at the All Stars.

"3x3 is getting very popular in Qatar," Musa explained.

"The (FIBA 3x3) All Stars will be a nice event. It is very exciting. Nowadays I just focus on 3x3 and want to travel to all the tournaments."

And the determined Musa set the bar higher than his wingspan can reach.

"I would love to win the All Stars. Then my objective is to become the number one 3x3 player in the world."