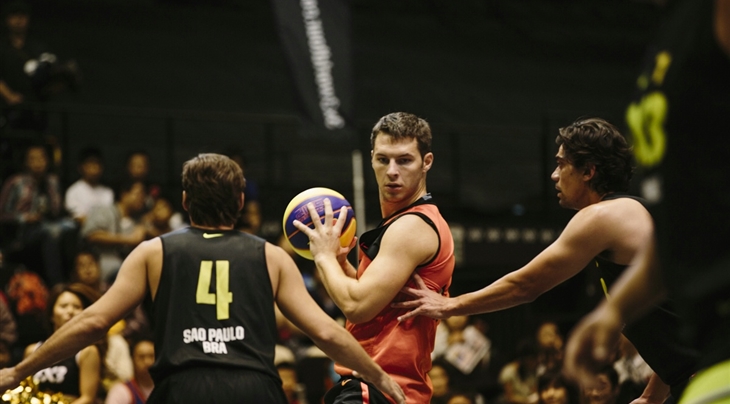 TOKYO/SENDAI (3x3) - The 28 year-old Catalin Vlaicu (Bucharest) was the top scorer of the 2014 the FIBA 3x3 World Tour. The number five 3x3 player in the world was a force in the paint all season. He had a total of 70 points in 9 games in Sendai.

The Romanian standout did most of his damage at the Prague Masters on 23-24 August 2014, where he scored an astonishing 46 points, including the shot that send Bucharest to the FIBA 3x3 World Tour Final in the semi-final against St Petersburg (RUS).

The 2m big man was in good form in Sendai, scoring 24 points including the winning free-throw in overtime against Manila West in the pool stage.

He edged out the number one 3x3 player in the world, Dusan Domovic Bulut (Novi Sad) in the scoring charts.