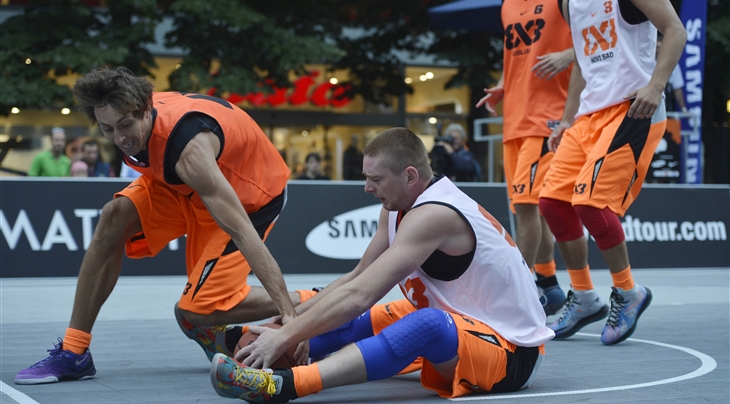 TOKYO/SENDAI (3x3) - With all teams just three wins away from their first FIBA 3x3 World Tour title, you would expect plenty of drama in the state-of-the-art Xebio Arena in Sendai, Japan on Sunday 12 October.

Spice it up with a seeding that reunites some of the biggest rivals in the world of 3x3 basketball and you get an absolute must-watch livestream on 3x3’s official channel from 12:45 to 17:00 GMT+9.

How many times did these two play against each other? Simon Finzgar and his team Trbovlje (SLO) once again stand in the way of Team Novi Sad’s (SRB) great plans. When those two meet, something always seems to happen.

In 2013 in the semi-finals of the Moscow Open, Finzgar scores an impossible game-winner from the end of the 3x3 court as time expires to give Trbovlje the win while his team was down by 8 with less than 3 minutes to go.

A month later, Novi Sad would avenge the loss in the semi-finals of the FIBA 3x3 World Tour Prague Masters (15-13). This moment marked the first time Novi Sad’s Dusan Domovic Bulut became the number one 3x3 player in the world (dethroning none other than Finzgar).

The rivalry between Denver (USA) and Saskatoon (CAN) may be more recent but has potential to grow in the years to come. The two teams met twice in August at the FIBA 3x3 World Tour Chicago Masters.

In the pool stage, Saskatoon erased a dreadful 0-8 start to claim an improbable 16-14 win. The two teams met again in the final where Marcus King-Stockton got an accidental hit from Willie Murdaugh which required seven stitches and forced the big man to sit on the bench for several minutes. Team Denver still stayed in the game and Brendan Puckett had his potential game-tying fade-away go in and out at the buzzer.

Only Kranj (SLO) and Manila West (PHI) have never met before at the World Tour for the mere fact Manila West is the first-ever Filipino team to make it to the FIBA 3x3 World Tour Final. Terrence Romeo & co pushed Bucharest to an overtime on Saturday, can they outrun Kranj on Sunday?

All the action is available on 3x3’s official YouTube channel.