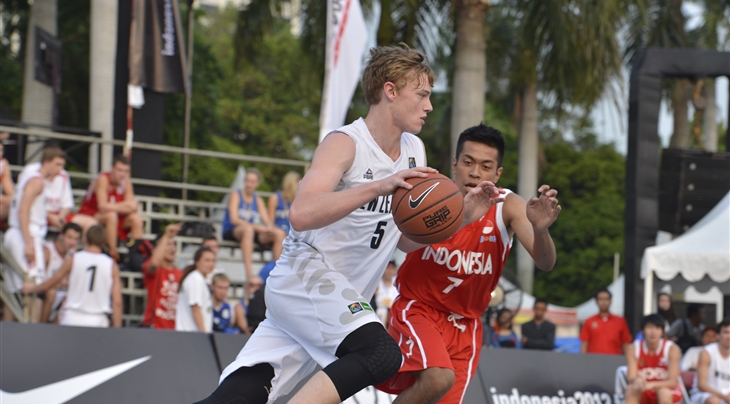 The 2.00m forward, who represented the Tall Blacks at last year's FIBA 3×3 U18 World Championship, is still only 18 and a player on the books of the Nelson Giants.

"I had no idea I was anywhere near that list. This is a massive surprise"

But performances with the Giants, whose captain is Tall Blacks linchpin Mika Vukona, caught the eye of Vucinic.

It also no doubt helped that New Zealand must have an eye on the future.

"For me, this year was about fitting in with the Giants, learning from the guys who have been there and trying to find a way to contribute," said Delany.

Eleven players in the preliminary World Cup roster are 22 or younger, including six teenagers.

He is not expecting to be on the final list that will play in World Cup Group C action against the USA, the Dominican Republic, Finland, Turkey and Ukraine.

Delany said to the Nelson Mail: "I'd say it's too soon for some of us who have been invited but the chance to train is amazing.

"I'll treat it like any other training, you turn up and work hard and hope to learn and improve."

Even so, Vucinic could spring a surprise or two.

At the time of his squad announcement, the play-caller said: "For us coaches, it is a unique opportunity to test them (youngsters) in a pressure cooker environment."