'Mr Crossover' eager to break records on the World Tour 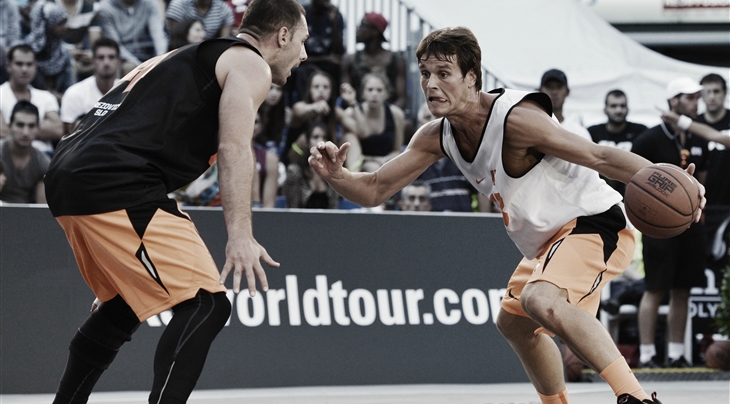 BELGRADE (3x3) - Team Belgrade's lightning-quick leader Dragan Bjelica, also known as 'Mr Crossover', left an indelible memory at the FIBA 3x3 World Tour Lausanne Masters last year, where his team lost in the semi-finals against eventual World Tour winners Team Brezovica (SLO). The 29-year-old Serb says he is ready to reach new heights in 2014 and his success at the NewBallUnity 3x3 Event in Rüti, Switzerland in March seemed like a sign of things to come.

"I have been one of the many victims of his killer crossover. The legend says that when he played for Crvena zvezda youth team, he one day dropped 40 points on Partizan... and immediately after the game hit the playground to play streetball."

"Sport is a tradition in the family", the dragster claimed.

"When I was a kid, I was shorter than my friends so I had to beat them with my dribble. I stole a few moves from former NBA player Tim Hardaway."

2013 FIBA 3x3 World Tour winner Ales Kunc remembers the headache Bjelica caused last summer: "He's the danger of his team, with his crossovers and his lay-ups. When he goes to the rim he's hard to block with his nice left and right hooks."

"We trained all winter with my teammate Nebosja Boskovic at the Pionir Arena when the gym was available, playing one-on-one, dribbling, shooting the basketball, sometimes for six hours in a row. We are ready now to achieve good results."

Team Belgrade will be a force to count with at the World Tour in 2014.