Majstorovic leads all scorers in Sendai 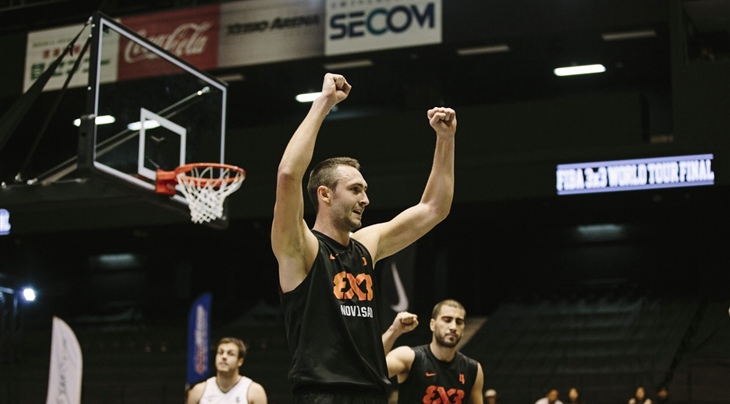 TOKYO/SENDAI (3x3) - The 26 year-old Dejan Majstorovic (Novi Sad) was the top scorer of the FIBA 3x3 World Tour Final in Sendai, Japan on 11-12 October 2014. The number 8 3x3 player in the world was unstoppable from behind the arc, nailing at least one two-pointer in each one of his games. He had a total of 11 long balls and 39 points.

'The Maestro' was especially lethal in clutch moments, scoring a personal tournament-high in the final against Saskatoon (CAN) with ten points, including a couple of two-pointers with a hand in his face.

The Serb was in good form in Sendai, winning the event, top scoring accolades and the Samsung Shoot-out Contest.

He edged out team-mate Dusan Domovic Bulut and the muscular Willie Murdaugh (Saskatoon) in the scoring charts.