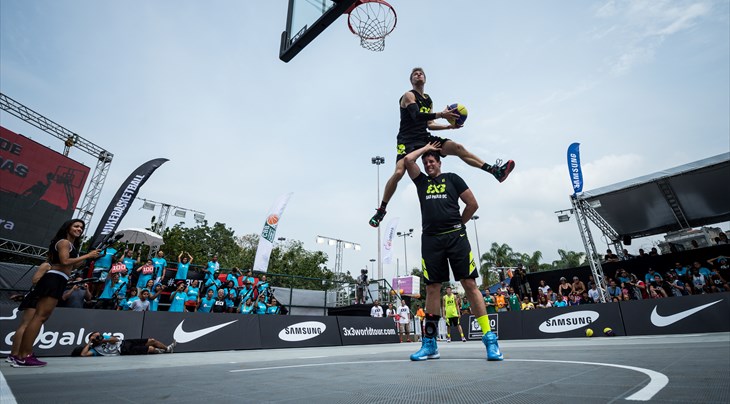 The FIBA 3x3 All Stars is the season-ending 3x3 event which brings together all the number ones in the 3x3 Individual World Ranking from all around the world on 12 December in Doha, Qatar.

The best dunkers on the planet join for one of the most anticipated dunk contests of the season with $11,000 USD in prize money.

Lipek won the FIBA 3x3 World Tour Final Nike Dunk Contest this year with an array of mind-blowing dunks going between the legs, under both legs and jumping over 3x3 Filipino sensation Terrence Romeo standing on a chair.

He will face some fierce competition in Doha as two up-and-coming professional dunkers will make their FIBA 3x3 Dunk Contest debut with Chris Staples and Jordan Kilganon. Kilganon aka "Mission Impossible" became an internet sensation this month (over 2 million views) after creating the "scorpion dunk", a never-seen before one-handed jam with his back to the basket.

The FIBA 3x3 All Stars including the QBF Dunk Contest will be available live on www.livebasketball.tv and 3x3's official YouTube channel www.youtube.com/3x3planet.