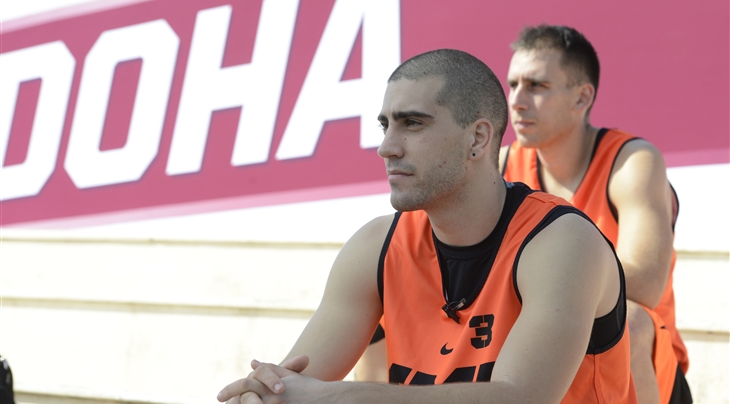 DOHA (FIBA 3x3 All Stars) - FIBA's 2014 3x3 season concludes on Friday with the second edition of the FIBA 3x3 All Stars. In the lead-up to the event, we profile the six participating teams. After Yokohama and Doha, here's a look at Novi Sad.

Qatar has long been synonymous with heartbreaking defeats for Dusan Domovic Bulut, the number one 3x3 player in the world. A year ago, the Serbian superstar lost a second straight final against Team Brezovica (SLO), this time at the inaugural FIBA 3x3 All Stars in Doha. Not only that: he was also stripped of his first place in the world ranking by Brezovica big man Blaz 'Birdman' Cresnar.

Six months ago, the 29 year-old nearly became world champion for the second time in a row, before losing the final in Moscow against the Qatari national team.

A month ago though, fresh off his first FIBA 3x3 World Tour title, the man known as 'Mr Bullutproof' returned to Doha for the inaugural FIBA 3x3 All Stars press conference and admits it felt like a second home.

"It was great. I felt so welcome," said Bulut.

"They took care of me like I was their son. It is not home but it feels like home and I hope we can do well this season."

Five other hungry teams will compete at the All Stars and Bulut narrowed down the list of contenders to three.

"Saskatoon are a really good team. Doha are the World Champions, playing on their home court so they have a little advantage. I have a great deal of respect for them. Yaseen Musa and Boney Watson for instance are very good players," he said.

"I expect these two teams to fight with us for first place."

This would mark the end of a dream season for Bulut and his Novi Sad team featuring Dejan 'Maestro' Majstorovic, Marko Savic and Marko 'Sub Zero' Zdero, who won the Prague Masters and the Tokyo/Sendai Final at the FIBA 3x3 World Tour this year, recently signed an endorsement deal with Red Bull and made several appearances on national television in Serbia.

"It has been busy," the cross-over specialist said.

"But my mind is set on winning now."