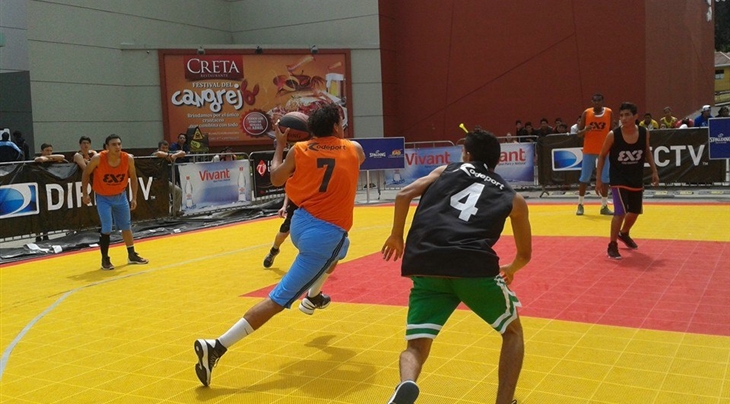 CUENCA (3x3) - Not only was the inaugural International Day of Sport for Development and Peace promoted by FIBA in a 3x3 U18 event in Cuenca, Ecuador with two teams being named '6 de abril', but one of these teams went all the way to dominate the event on Sunday 6 April in dramatic fashion.

The special day had the aim of all UN Member States and partner organisations celebrating the role that sport plays in society - whether by encouraging healthier lifestyles, making sport more widely accessible or using sport as a vehicle for development in areas made vulnerable by conflict, poverty and inequality.

In terms of the event in Cuenca, the day was marked with one men's and women's teams of the 15 3x3 squads being entered under the name '6 de abril'.

While the women's team made up of Briana Cortez, Erica Conce and Eliana Llivichuzca was defeated in the first round, the men's '6 de abril' team featuring Joe Quinonez, Pedro Auquilla, Edward Gonzalez and Alexander Guerra - who all represented Ecuador at the South American U17 Championship last year - went undefeated (6-0) in front of 800 spectators and qualified for the grand final against Team 'Santa Elena' on 10-13 April.

It was not a walk in the park for '6 de abril' though as the team only clinched their place in the final on a shot from long range in the closing seconds of the semi-final.

"Because we can open this sport to everyone. You can play basketball everywhere. All you need is a court, a ball and a hoop. That makes me happy and I’m excited to be associated with the International Day of Sport for Development and Peace."

Every participant will earn ranking points and have a chance to climb up FIBA's 3x3 Individual World Ranking to become the best U18 player in Ecuador.

The same promoter of the event in Ecuador is also organising an open tournament on 10-13 April, one whose winners will qualify for the FIBA 3x3 World Tour this year and specifically, the Rio de Janeiro Masters on 27-28 September 2014.