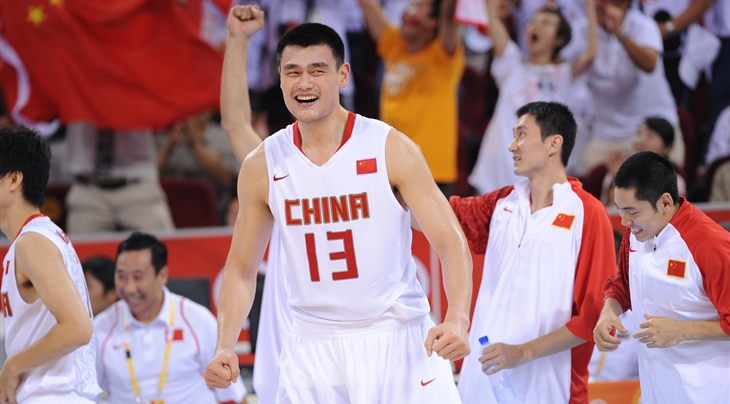 The Chinese basketball legend will share his advice and experience of international competition with the next generation of young athletes, while inspiring young people around the world to get active and embrace the Olympic values.

Yao Ming is no stranger to the Olympic Games having competed at three Olympics, including the 2008 Beijing Games, where he scored the first basket of the tournament in his home nation, a moment which he described as "the proudest of my career".

A popular athlete in China, Yao Ming has also enjoyed success further afield after spending the majority of his career within the illustrious NBA.

Yao Ming will attend the Nanjing YOG, interact with athletes and take in some of the competition, including 3x3, the only basketball discipline played at the YOG.

3x3 made its first official international appearance at the first-ever YOG in Singapore in 2010, where it was labelled the "hottest ticket in town".

The IOC chooses Ambassadors for each edition of the YOG to help spread word of the event and inspire young people to get active and enjoy sport.

Sports stars Chad le Clos and Michelle Wie have also been chosen as Ambassadors for Nanjing 2014.

The 28 International Federations whose sports will feature at Nanjing 2014 also selected Athlete Role Models (ARMs) who will support, mentor and offer advice to the young athletes and be accessible to them both in the Youth Olympic Village and during a series of educational activities and workshops.

The 2 ARMs selected by FIBA are former Olympians Ilona Korstin (who replaced Anna Arkhipova von Kalmanovic, who had to withdraw) and Jorge Garbajosa.

The second edition of the YOG will take place in Nanjing, China from 16 to 28 August 2014. The programme will feature the 28 sports on the Olympic programme.

Learn more about the 3x3 events at the YOG.