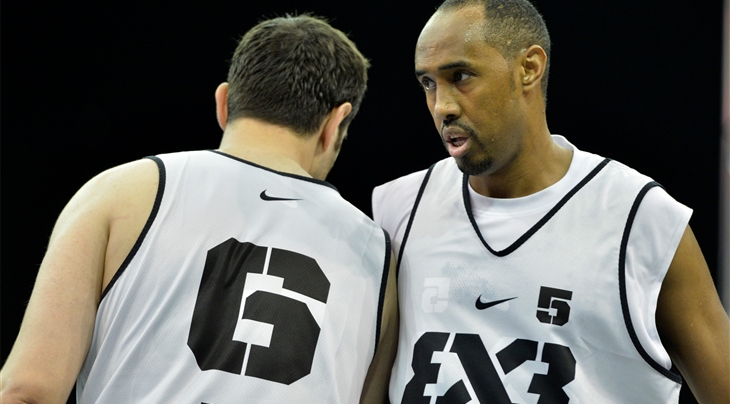 MANILA (3x3) - Just a month after their triumph at the FIBA 3x3 World Championships in Moscow with Qatar, Mohammed Seleem Abdulla and Yaseen Musa are back on the 3x3 scene, with two new team-mates and hoping to find the same success representing the city of Doha at the FIBA 3x3 World Tour, in the first Masters of the season in Manila on 19-20 July.

And the mountain will be hard to climb as Team Doha will not only have to deal with Team Kobe, led by Japanese star Kenji Hilke and 2012 FIBA 3x3 World Tour participant Jimi Hayakawa but also an ultra competitive local team (Manila West) featuring several PBA stars in Pool B.

The local fans will have a team to cheer for in every pool. In Pool A, a young Manila South team will try to challenge a Jakarta team which won the FIBA 3x3 World Tour Tokyo Masters last year.

The team to beat in Pool C will be Auckland, which features Patrich Bolstad, who represented New Zealand at the FIBA 3x3 World Championships last month.

Pool games will start at 14.10 local time (08.10CET) on Saturday, live on 3x3's official YouTube channel. The top-two placed teams from each pool  advance to a standard knock-out round which starts at the quarter-finals stage, from 15.45 (9.45CET) on Sunday.