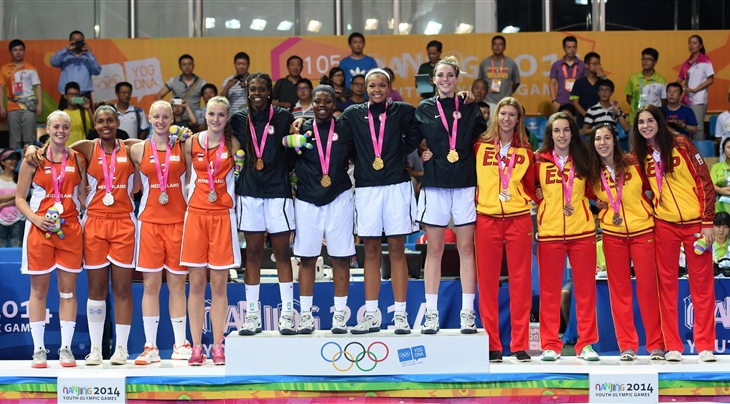 For the first time in the final though, the US did not end the game before the 10-minute limit and the score was tied at 10 with three minutes to go. The American team then started a 9-0 run against a Dutch team fighting fatigue and foul trouble.

Samuelson – who also collected a bronze medal at the Shoot-Out Contest on 21 August - scored 8 and Ogunbowale added 7 in the final. Both celebrated their second 3x3 gold medal in two years after winning the FIBA 3x3 U18 World Championships in Jakarta, Indonesia on 26-29 September 2013.

Esther Fokke scored 6 points in the losing effort for Netherlands, who won silver.

In the bronze medal game, Spain narrowly edged out Hungary 12-11 thanks to Helena Orts (7pts).

Go to www.olympic.tv and search '3x3' to rewatch the final and all USA games.