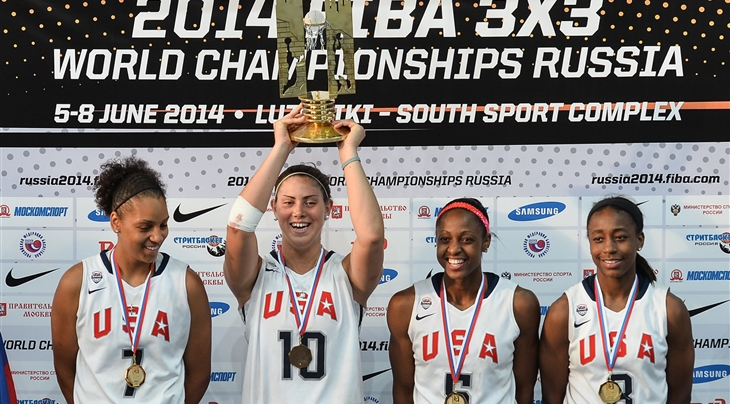 The USA sure had impressed coming in the final, having won eight straight games. However another undefeated team, Russia, came next. Would the talented but young US team (with an average age of 20) be able to deal with a roaring local crowd? The bleachers of the outdoors arena were packed and those unable to find a seat gathered in front of the giant screen just outside the venue to find out.

After conceding the first basket of the game, the USA never trailed again and its suffocating defense held the most prolific team of the pool stage to a tournament-low 8 points (15-8).

US prodigy Jewell Loyd herself had 9 in the game, scoring in all possible ways and solidifying her place as top scorer of the competition.

On the podium, the WNBA star of tomorrow stood next to the former WNBA number one pick Ann Wauters, who brought Belgium to new heights, clinching the bronze medal against Czech Republic (14-12).