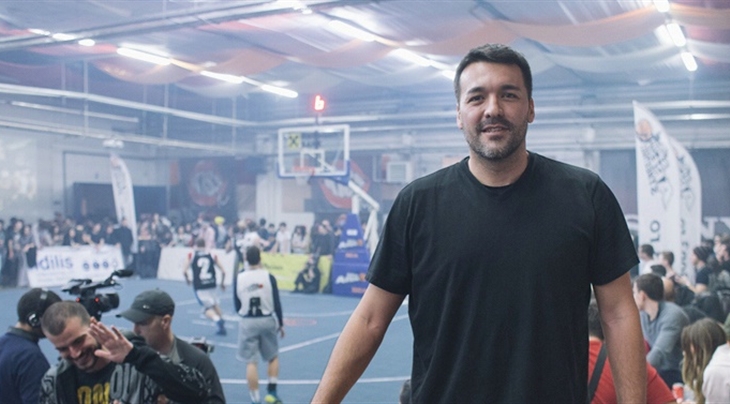 BUCHAREST (3x3) - The Romanian capital - nicknamed the "Mecca of 3x3 basketball" by Sports Illustrated - was host to the first event played under the new rules of the game on 8-9 February 2014.

Some of the most heralded 3x3 names, including #16 player in the 3x3 Individual World Ranking Angel Santana, took part in the Raiffeisen Streetball organised by Sport Arena and the Romanian Basketball Federation. The event was part of an urban sports festival called Street Heroes, which saw concerts on top of skateboarding and rollerblading competitions and was a resounding success with over 4,000 spectators packed in a dismantled airplane motor factory.

"It’s good to play in such atmosphere", said Angel Santana, the heart and soul of Team Bucharest, who is the only team in the world who reached the Final of the FIBA 3x3 World Tour in both editions.

"Romania proved in the past two years that it is a respectable force in 3x3 basketball and the fans love this discipline. We already started the preparation for the 2014 season. I hope that a Romanian player will reach this year the number one position in the 3x3 Individual World Ranking."

For the first time, 3x3 was played under the new rules of the games which feature a couple of changes compared to 2013.

Besides, so as to avoid confusion, whenever the defensive team recovers the ball, it must return the ball behind the arc even in case of steal.

"Only a few games ended with an increased number of free throws while the majority of the games showed a batter pace, were very competitive and really fun to watch."