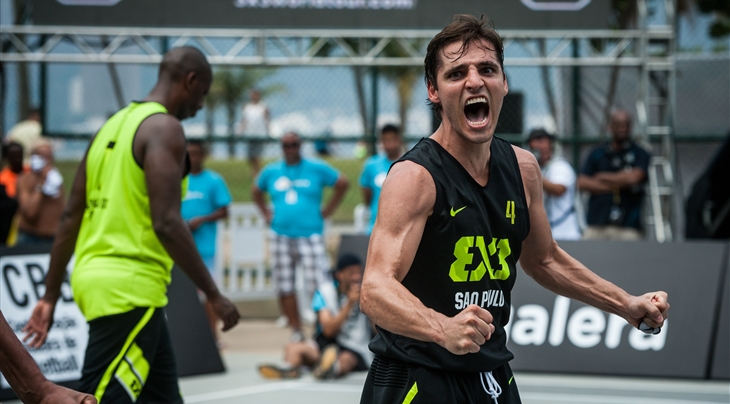 The man also known as 'Diguinho' was on fire on Sunday, scoring 12 points including a game-winning two-pointer in overtime in the semi-finals against Sao Paulo DC before netting six two-pointers in the final against Santos for a total of 14 points.

Only Team Wukesong's Chris Reaves scored more at the World Tour this season when he had 51 points at the Beijing Masters on 2-3 August.

The sharp-shooting Del'Arco edged out Team Santos' star Marcellus Sarmento and the speedy Davi Rossetto (Fortaleza) in the scoring charts.

Top 10 Scorers of the Event: