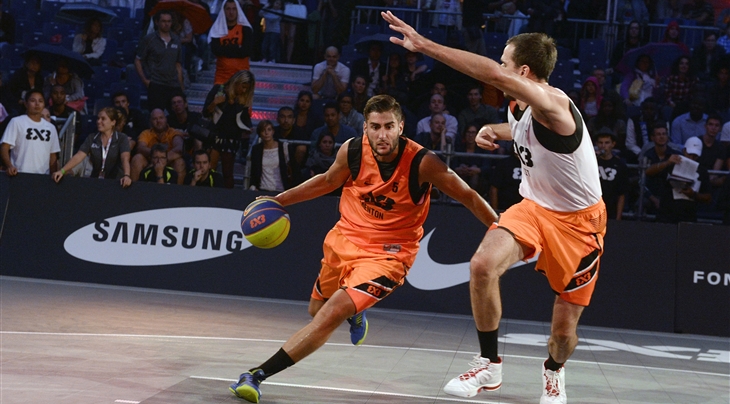 Around 100 student-athletes from 13 countries (Brazil, China, Slovenia, Israel, Japan, Nepal, Russia, France, Uganda, Italy, Serbia and Romania) are confirmed to participate in the event, including some familiar names. After starring for Brazil in the (5on5) basketball event of the 2012 London Olympics, Franciele Nascimento will lead an ambitious Brazilian women's national team.

The number one 3x3 player in France, Thomas Laurent, who shined at the FIBA 3x3 World Tour Lausanne Masters this year will represent "Les Bleus" in Brazil and so will two players who feature in the Top 50 3x3 players in the world, Tatsuro Taniguchi (Japan, #48) and Ivan Popovic (Serbia, #50).

In the women's event, Rebecca Nassiwa, Winnie Anyango and Judith Nansobya will represent Uganda again, just three months after featuring for their country at the FIBA 3x3 World Championships in Moscow on 5-8 June. Israel will also Maya Isseroff, Nofar Shalom and Eloisa Katz who all played for Israel earlier this month at the 3x3 European Championships.

Last but not least, Alice Quarta and Alessandra Tava are back for Italy after winning the first edition of the women's 3x3 WUC event in Kragujevac, Serbia on 11-17 July 2012. Serbia were the winners of the inaugural men's edition.

The games will take place in Parque Jardim dos Namorados, located on Av. Otávio Mangabeira, Pituba, in Salvador. Admission is free and a livestream will be available on CBDU's website.